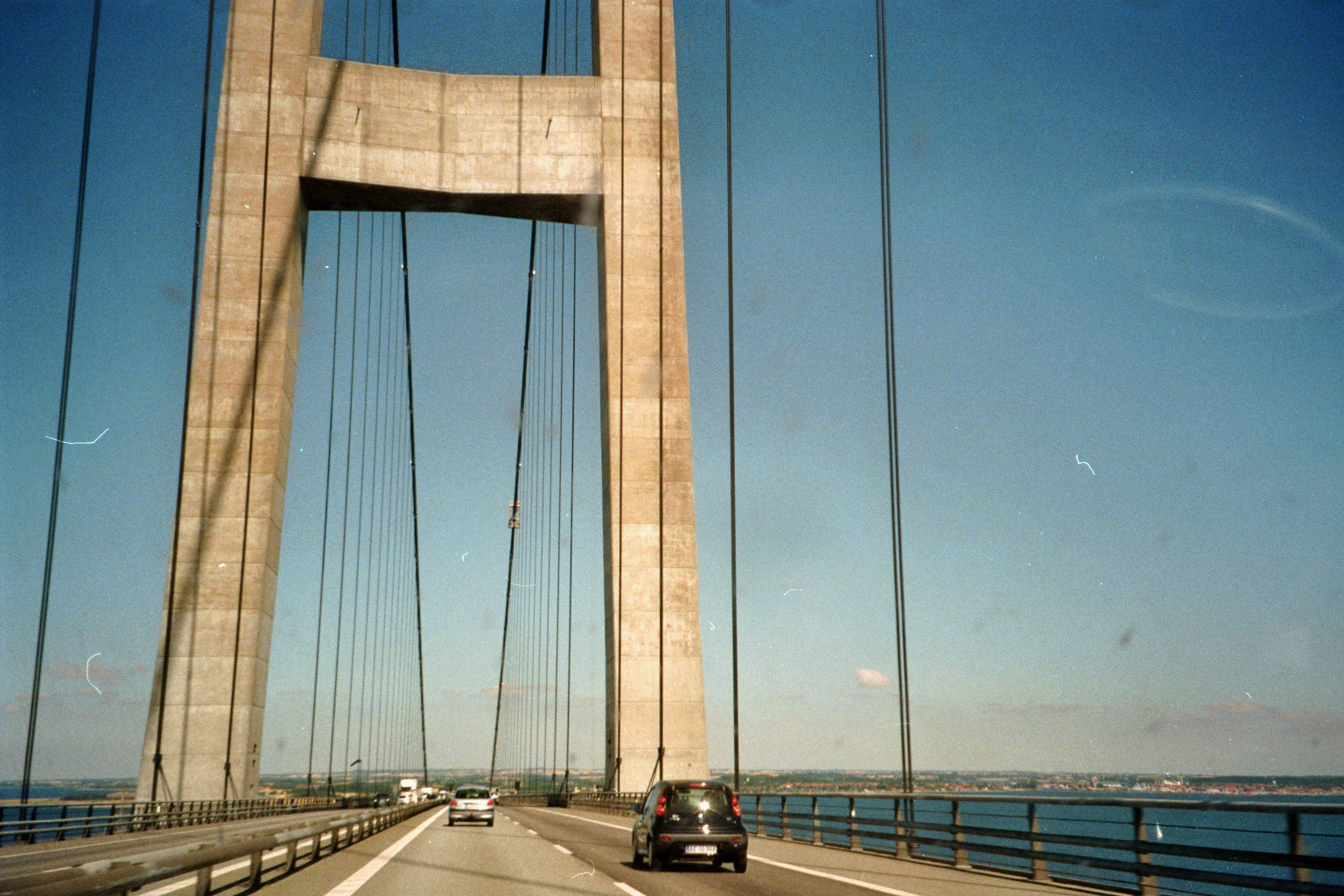 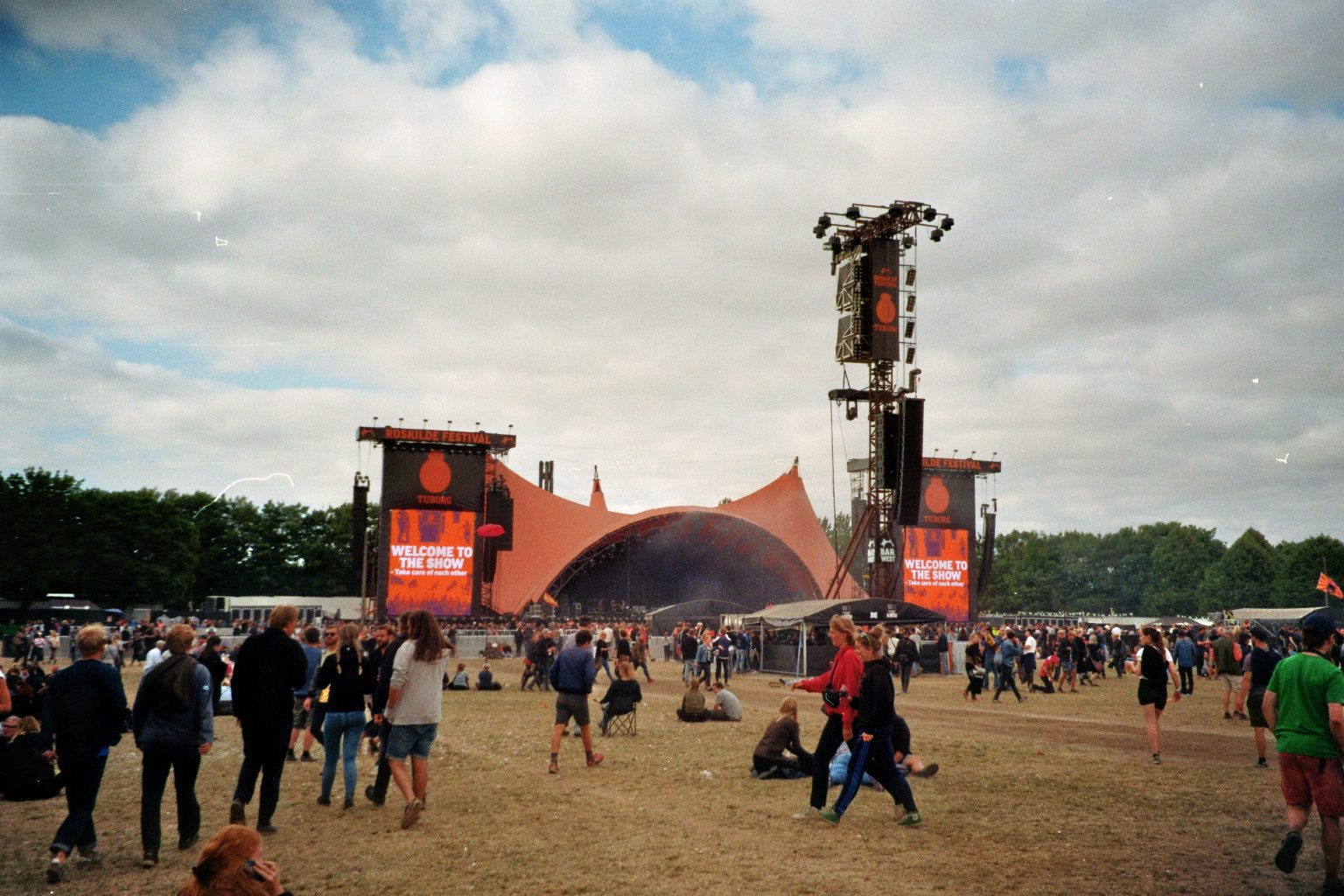 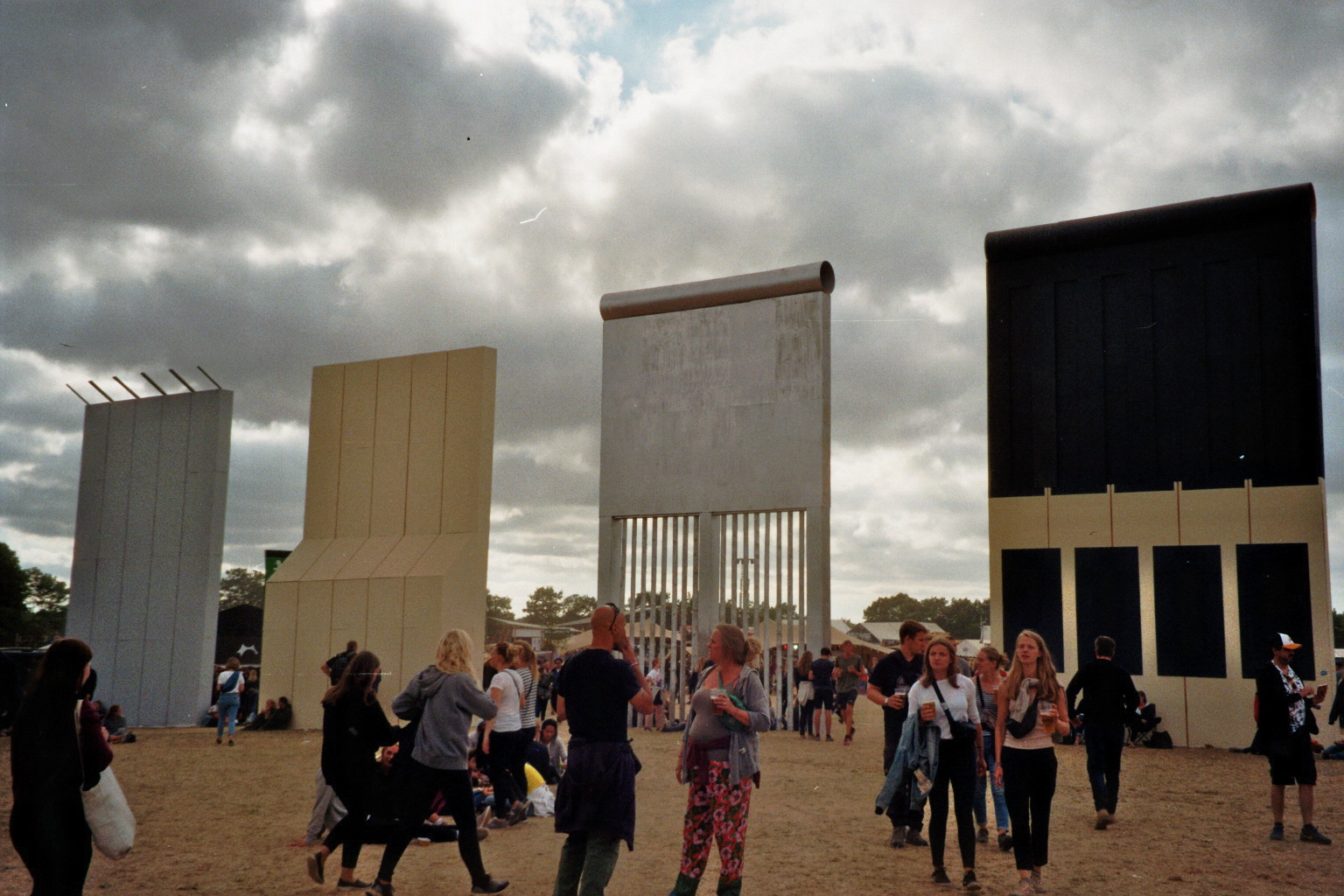 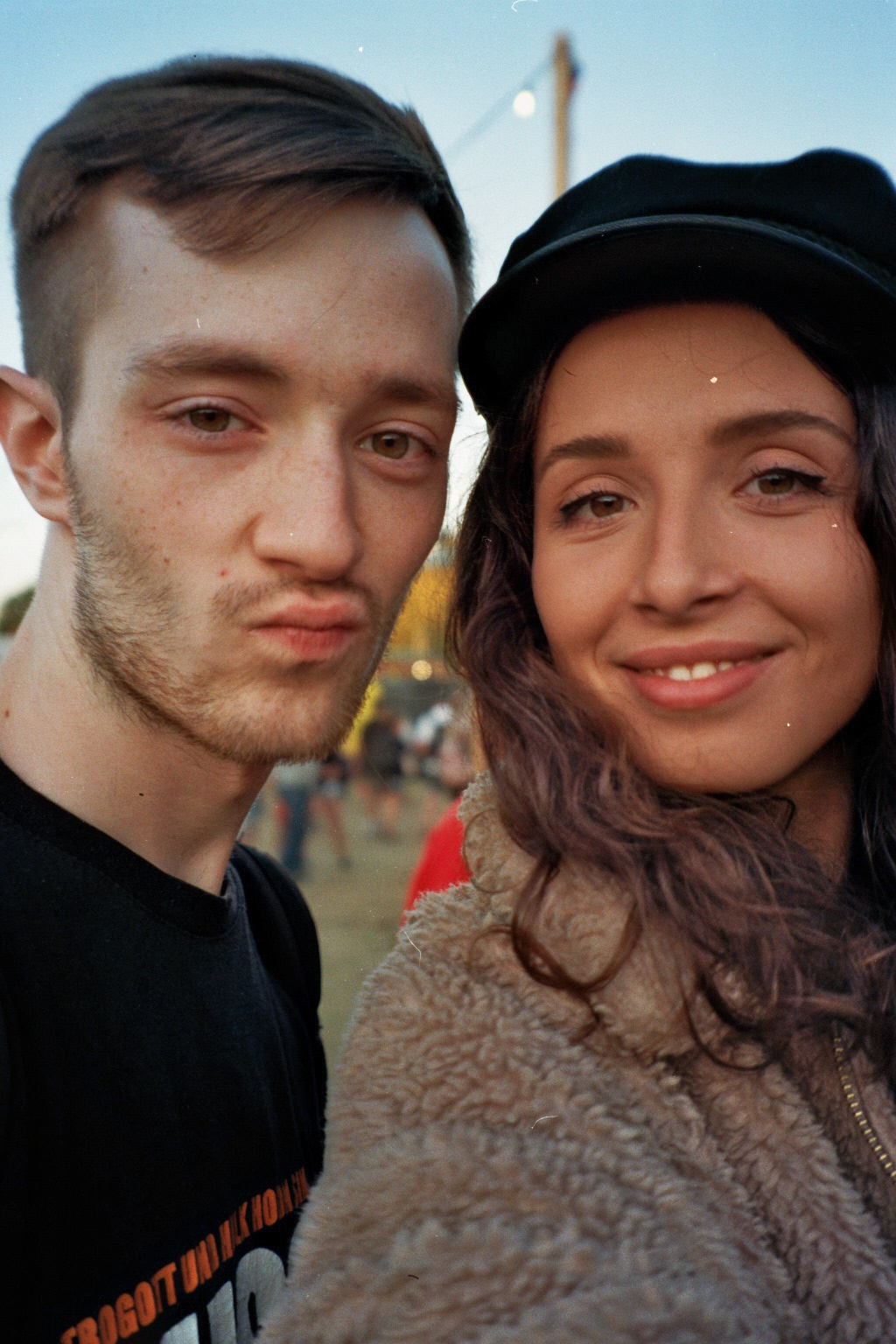 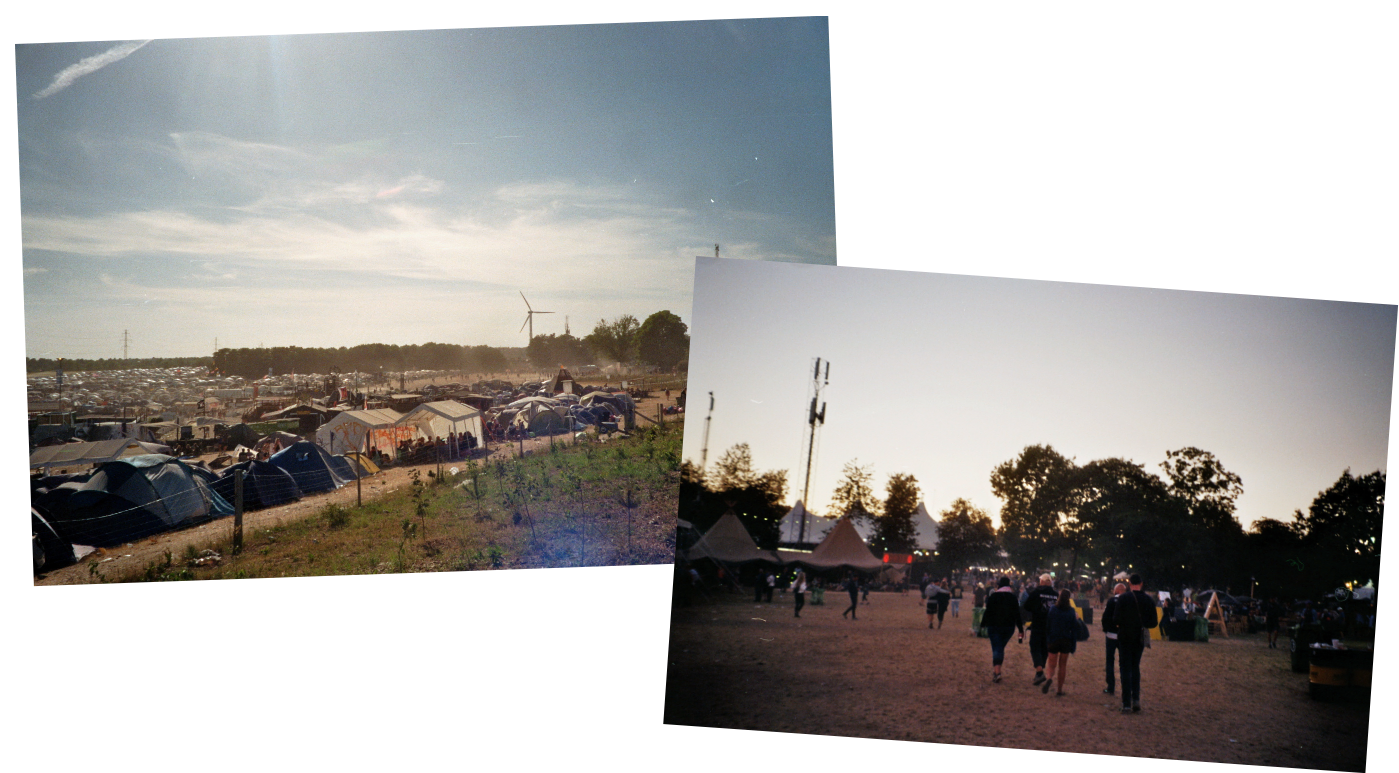 We arrived at our house at about 5pm after a 7 hour drive, got some food and changed our clothes, then quickly left for the festival site. When you get there and continue through the large Backstage village, one of the first things you see are the many people and the impressive Orange stage to your right. Fun fact: it’s also the Orange stage’s 40th birthday this year. After we got us some iced coffee to cure ourselves after the long drive up to Denmark, we went to see Nathan Fake at the Apollo stage, who was a buzzing start to this festival.
One thing that’s really awesome about Roskilde is the food, because every dish is at least 90% organic. Of course it’s slightly more expensive in Denmark, but it’s so worth it. On our first day we had burgers, fries and milkshakes. Later we went to see Eminem at the Orange stage and The Blaze at Apollo. 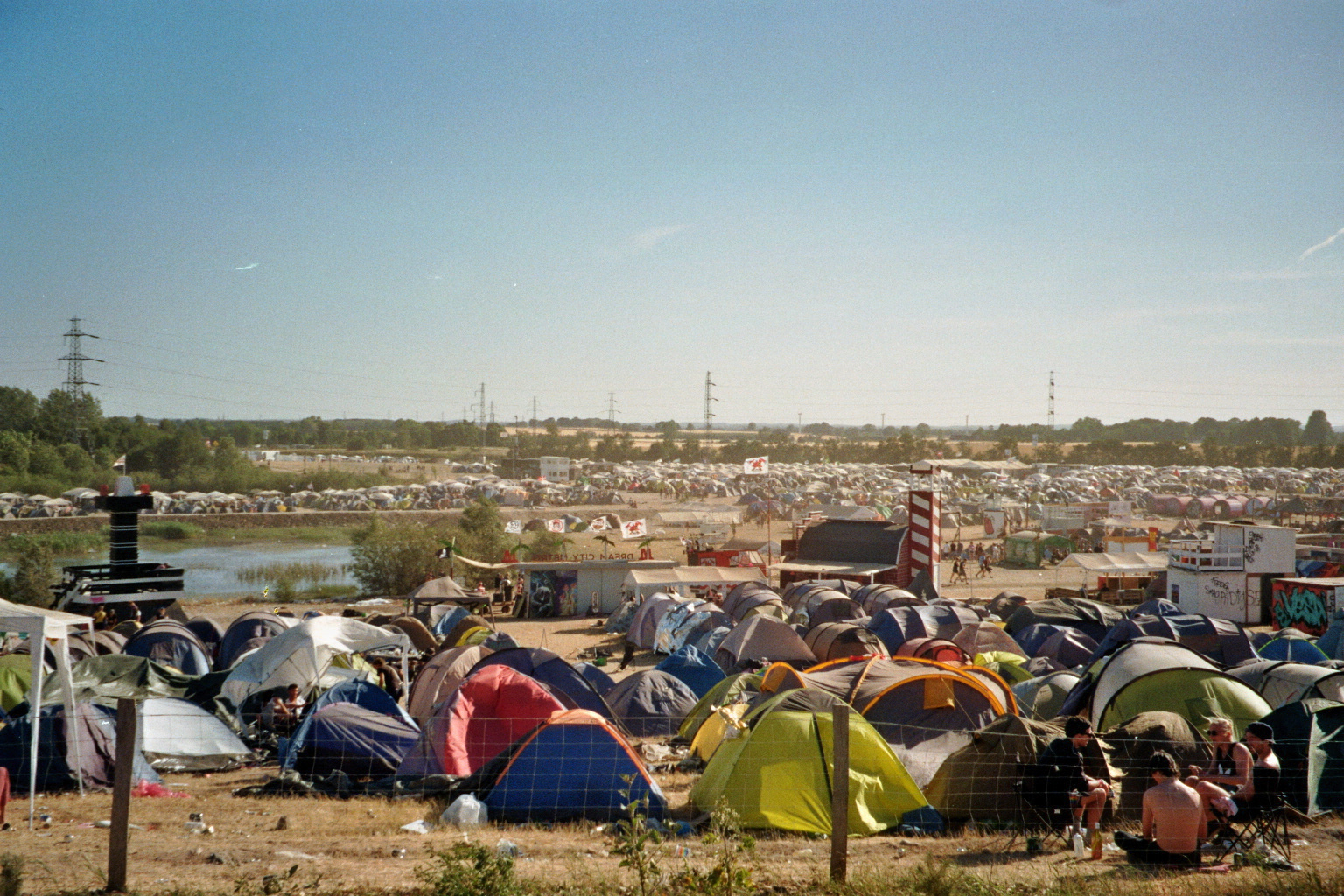 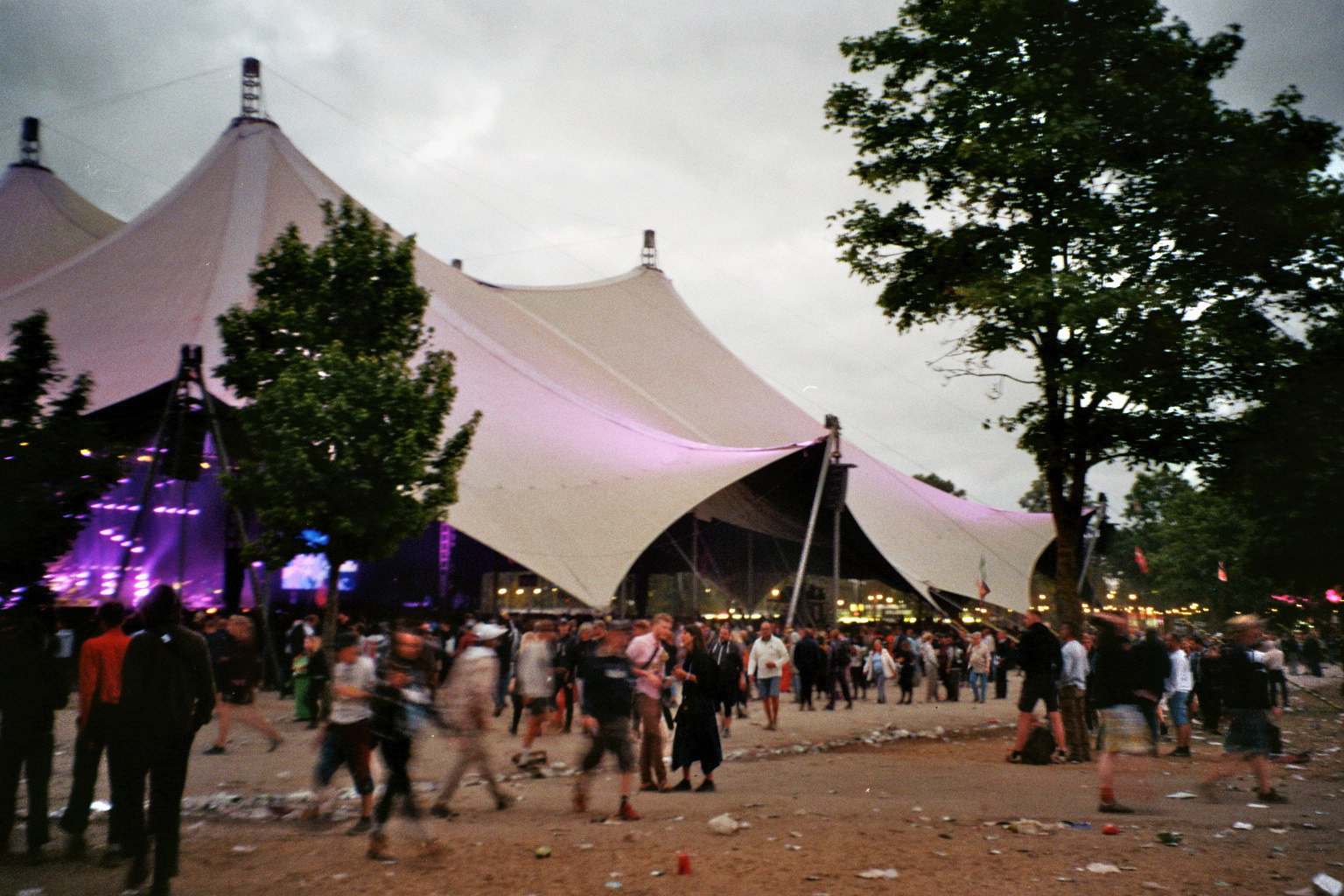 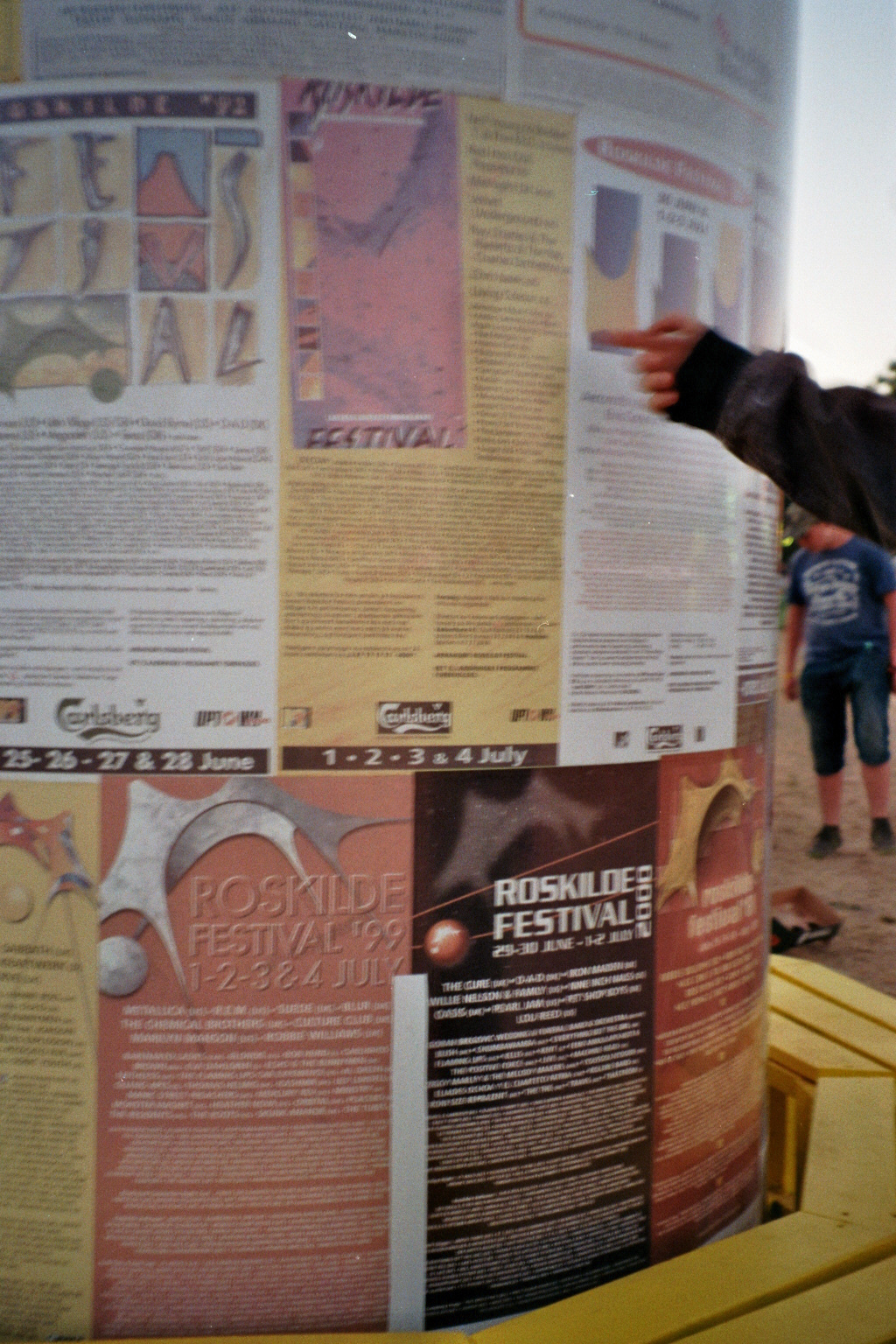 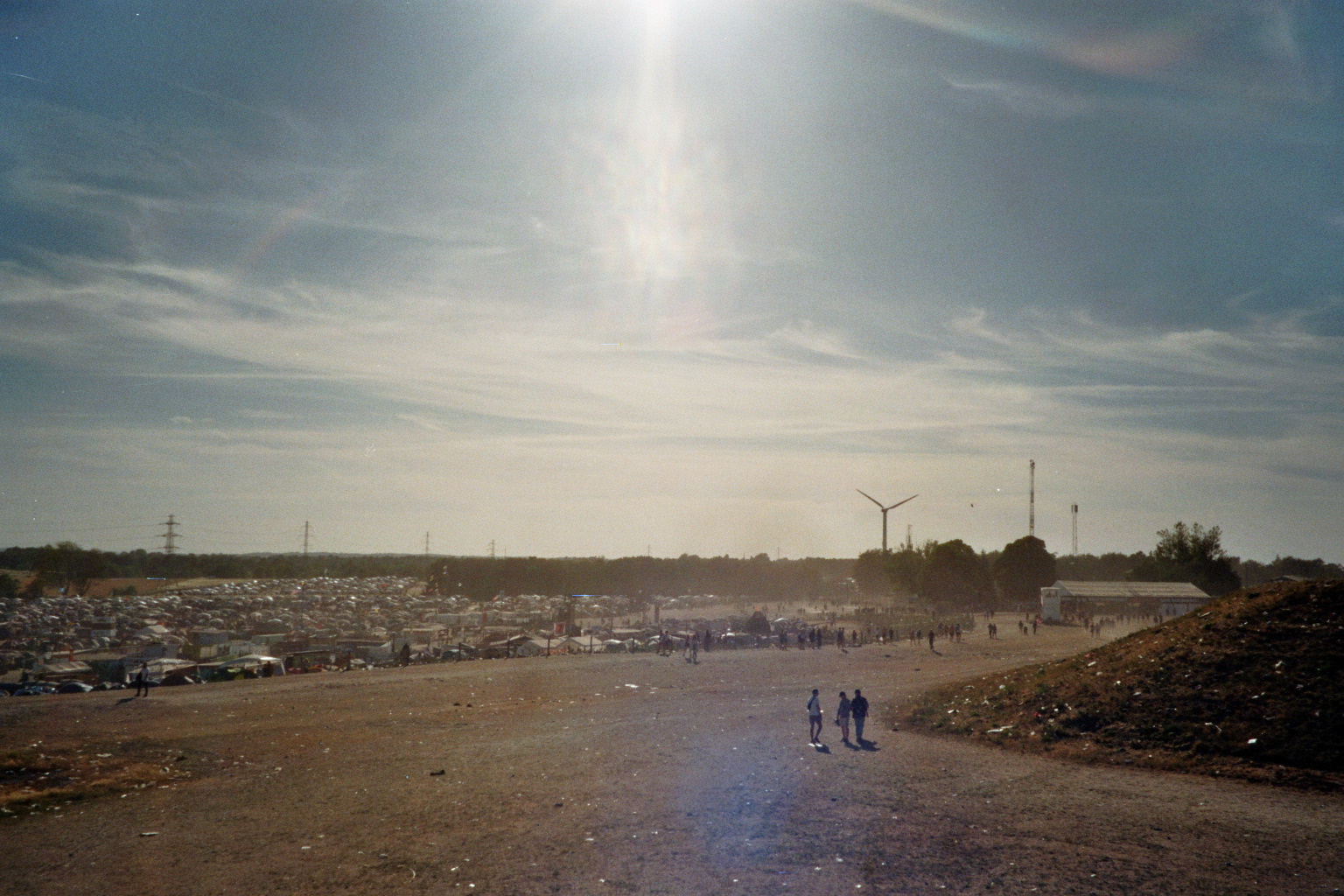 On our second day, we started off the day slowly. We went to the supermarket to stock up on all that delicious Danish food, drinks and of course the candy. The first band we wanted to see were When Saints Go Machine at 4pm at Arena Stage. We made some use of all the spare time before that and went into so-called “Volunteer Village“, a whole backstage area designed only for the volunteers working at Roskilde. You must know that Roskilde Festival has been non profit since 1972, so at the same time as you gain some great experiences, you will help donate millions to people in need, especially youth and children. That’s what they need so many volunteers for each year, and people are happy to help: over 30.000 people signed up only this year, which always amazes me.
After that, we went over to Apollo stage to check out 6lack. What we loved is that there are little advertising columns all over the festival area, which had posters from former Roskilde festivals on them, so you could check out the line-up in the year you were born in. In the year of my birth (1995) there were R.E.M., Bob Dylan, Blur, Ice-T, The Cure, Oasis and many more.
At 7pm we went over to the Orange stage to see Interpol while we were having some awesome Mexican burritos, tacos and margaritas. Finishing it off with ice cream of course.  At 8.30pm we saw Maribou State at Apollo stage and at 11.45pm Stormzy at Arena Stage. Our day was finished off at 1am by a huge performance of Wilkinson at Apollo stage. 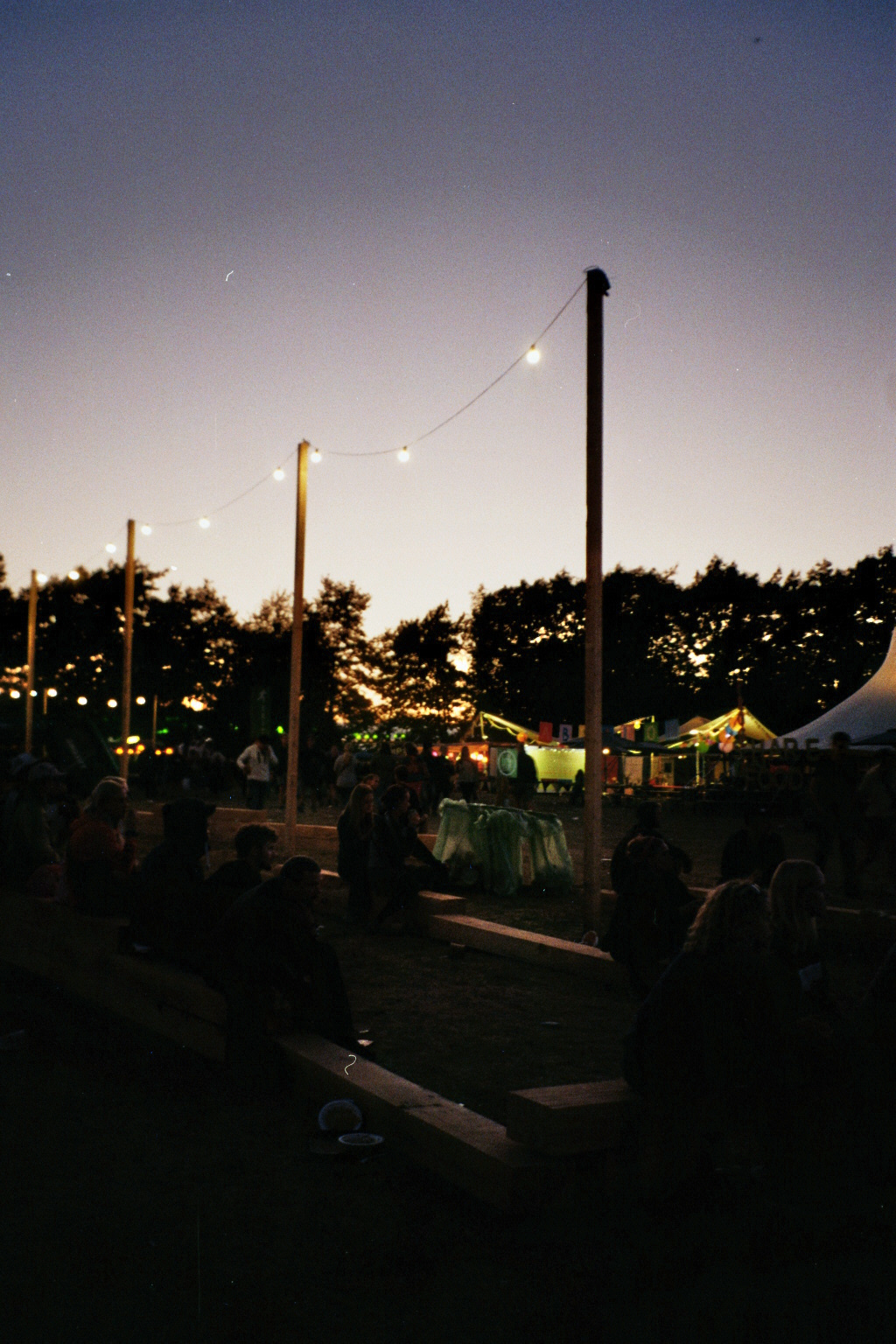 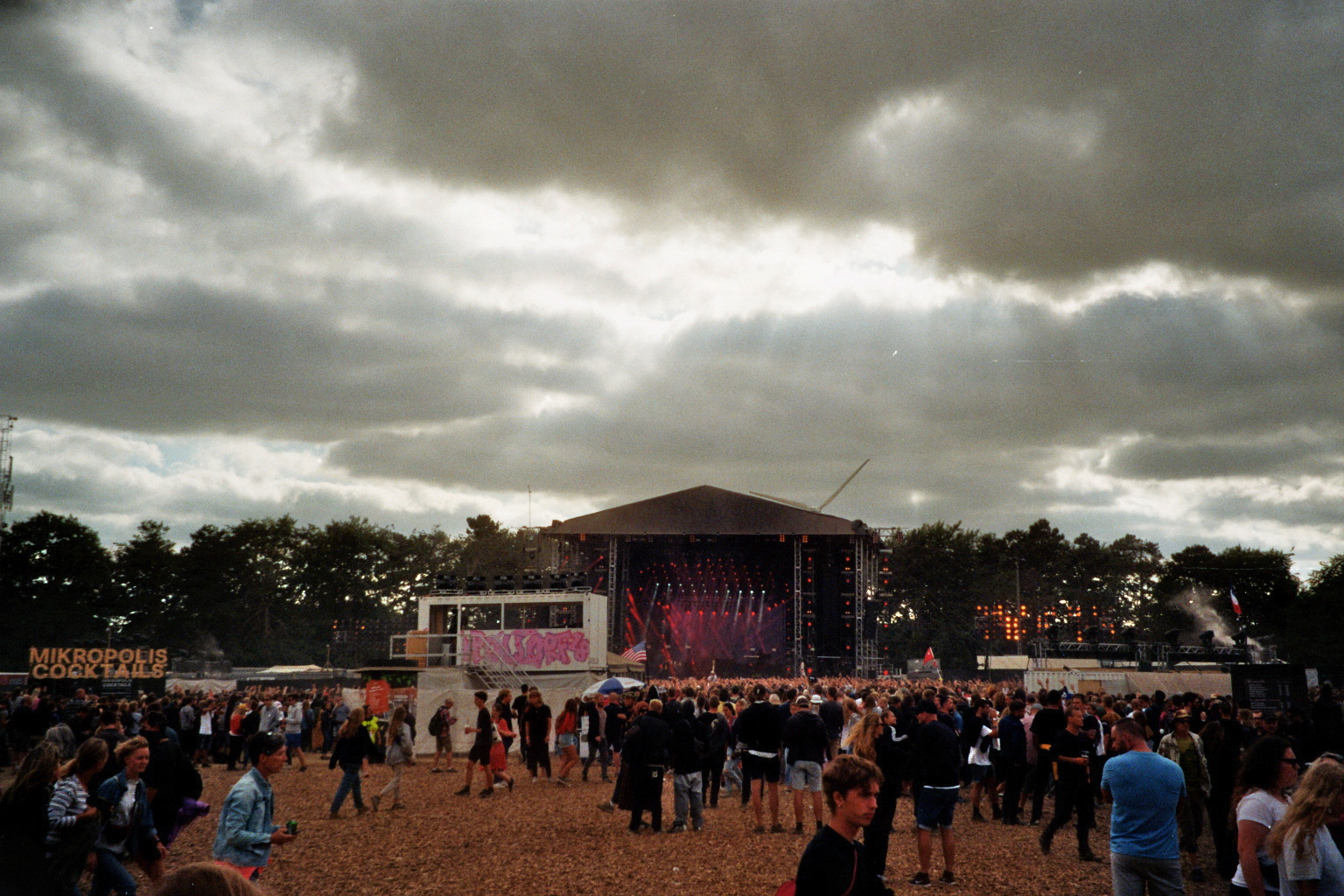 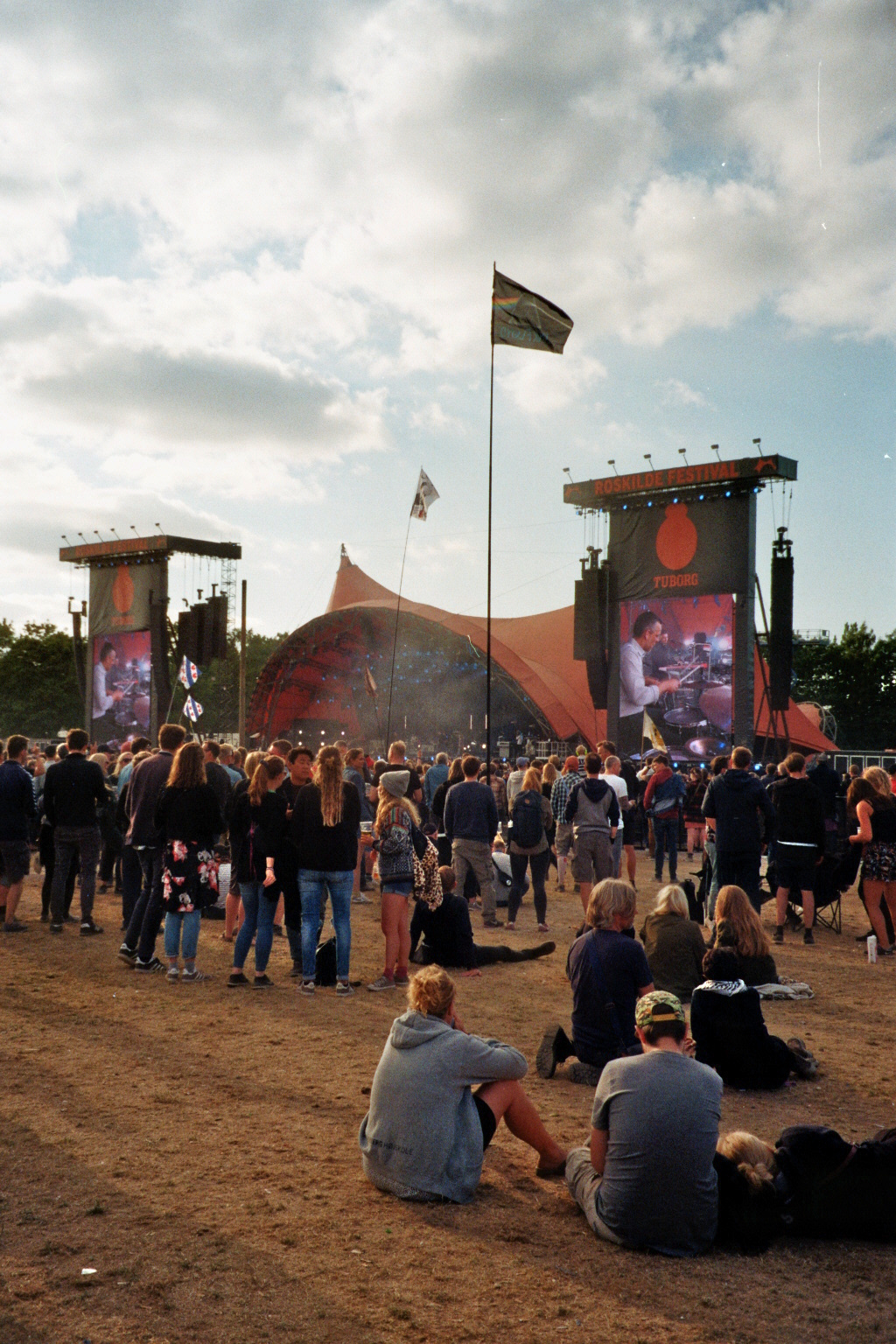 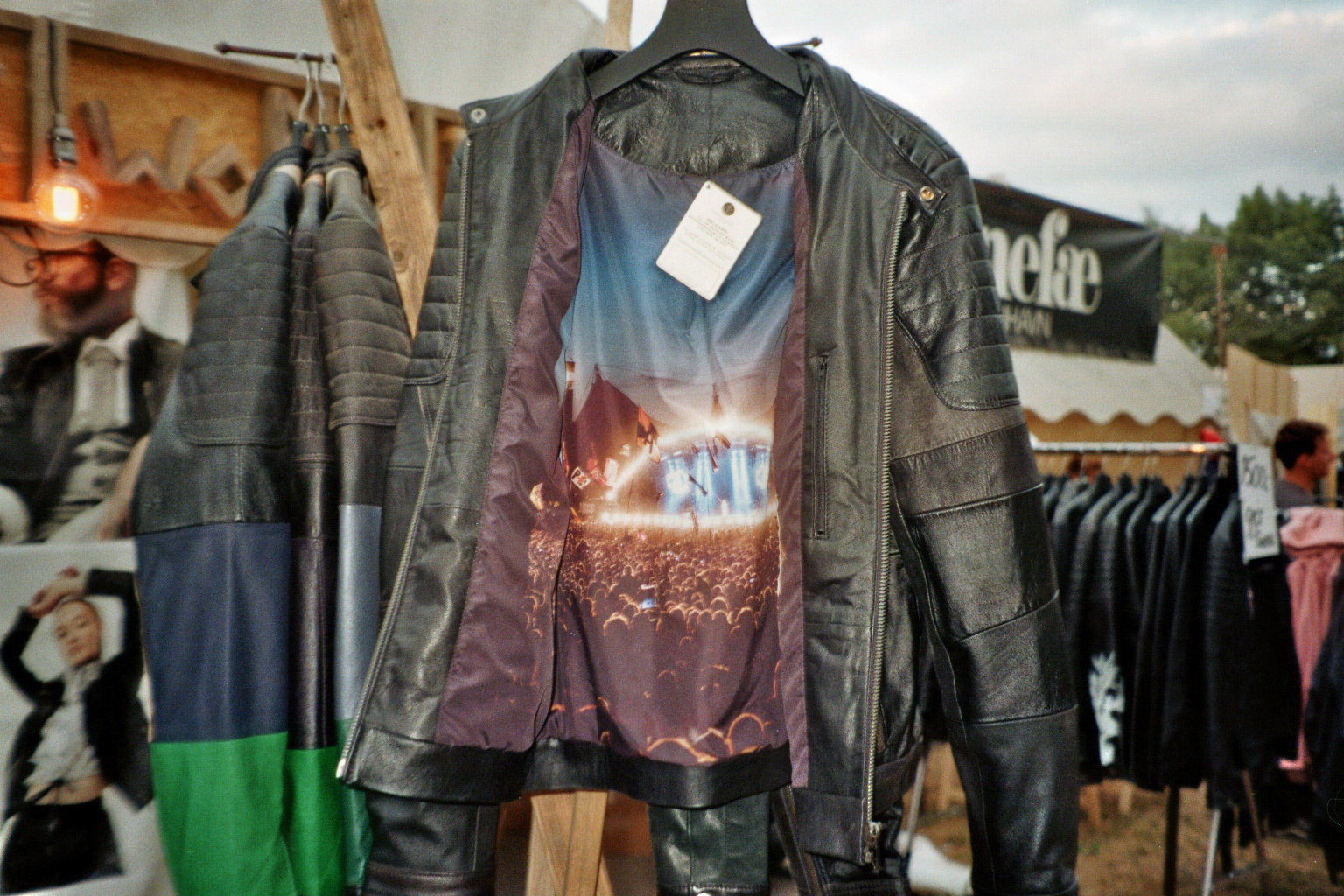 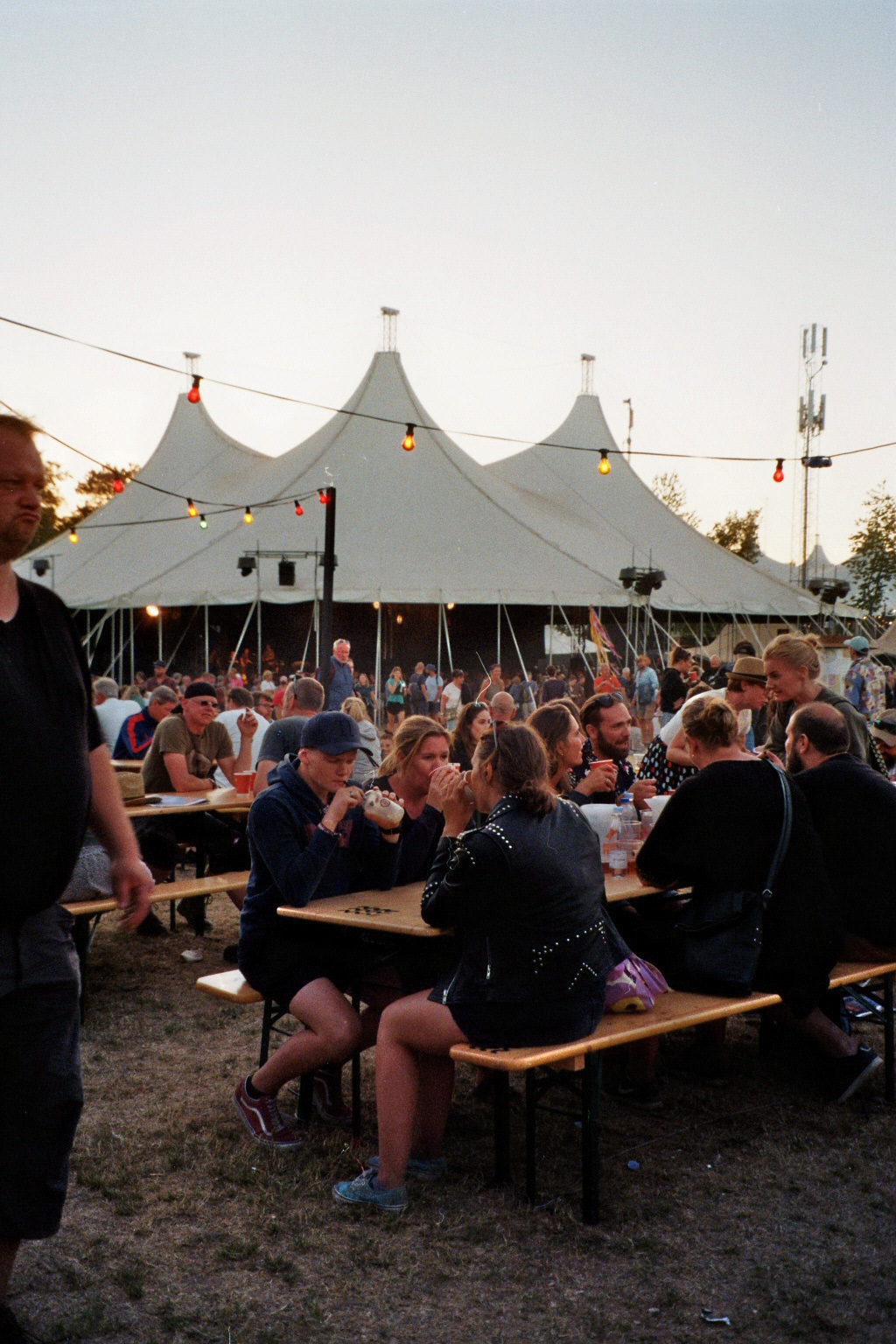 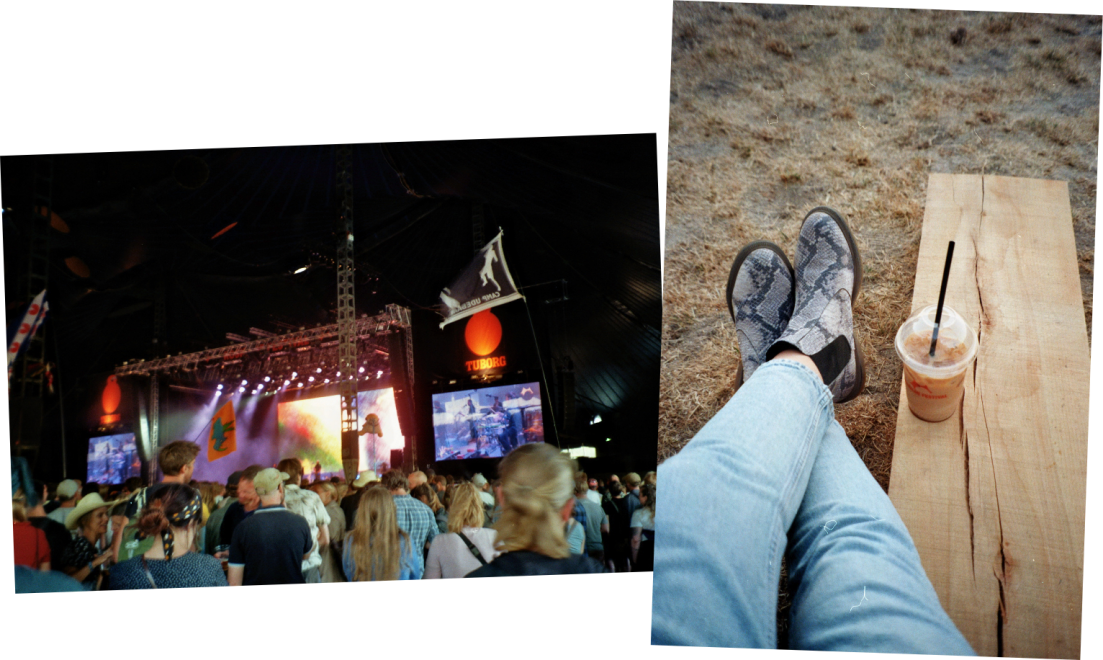 The third day kicked off at 4pm with Nines at Apollo stage. After that we took the chance and walked over the camping grounds for a bit. You must know that the whole area of Roskilde festival is huge: during the time of the festival, Roskilde Festival is Denmark’s fourth largest city measured by population. This makes it basically impossible to see all of it, a definite must-see is Dream City, which is an audience-driven community established in 2012. Every camp in Dream City has a special purpose. The vibrant community network consists of plazas, boulevards and cultural events.
After that, we rushed to Arena stage at 7pm to see Fleet Foxes, one of my absolute favourites. I’ve seen them before, but it’s a highlight each time. Also, the butter chicken rice I had was another highlight. Roskilde’s food is the most diverse festival food you could ever imagine. You crave something really uncommon? I bet you’ll find it there.
At 8.15pm we saw Alex G at Apollo stage, followed by Odesza at 9pm at the Arena stage. At 9.45pm, we rushed all the way back to check out Joey Bada$$ at Apollo stage and also had a short look at Nick Cave on the Orange stage, who played shortly after. Since we wanted to see so many artists, a lot of time included checking our schedule and running from A to B. Sampha played Avalon stage at 11pm, which was absolutely beautiful and made my heart melt a bit. One of my favourite performances were held by David Byrne (12pm, Arena stage): The former Talkind Heads frontman still goes on stage barefoot, and he still delivers like it’s 1980. If you ever get the chance to see him live, take it. Our day finished off with the amazing Massive Attack at 1am on the Orange Stage, and a long-awaited performance by Fever Ray at 2.15am at Arena stage. 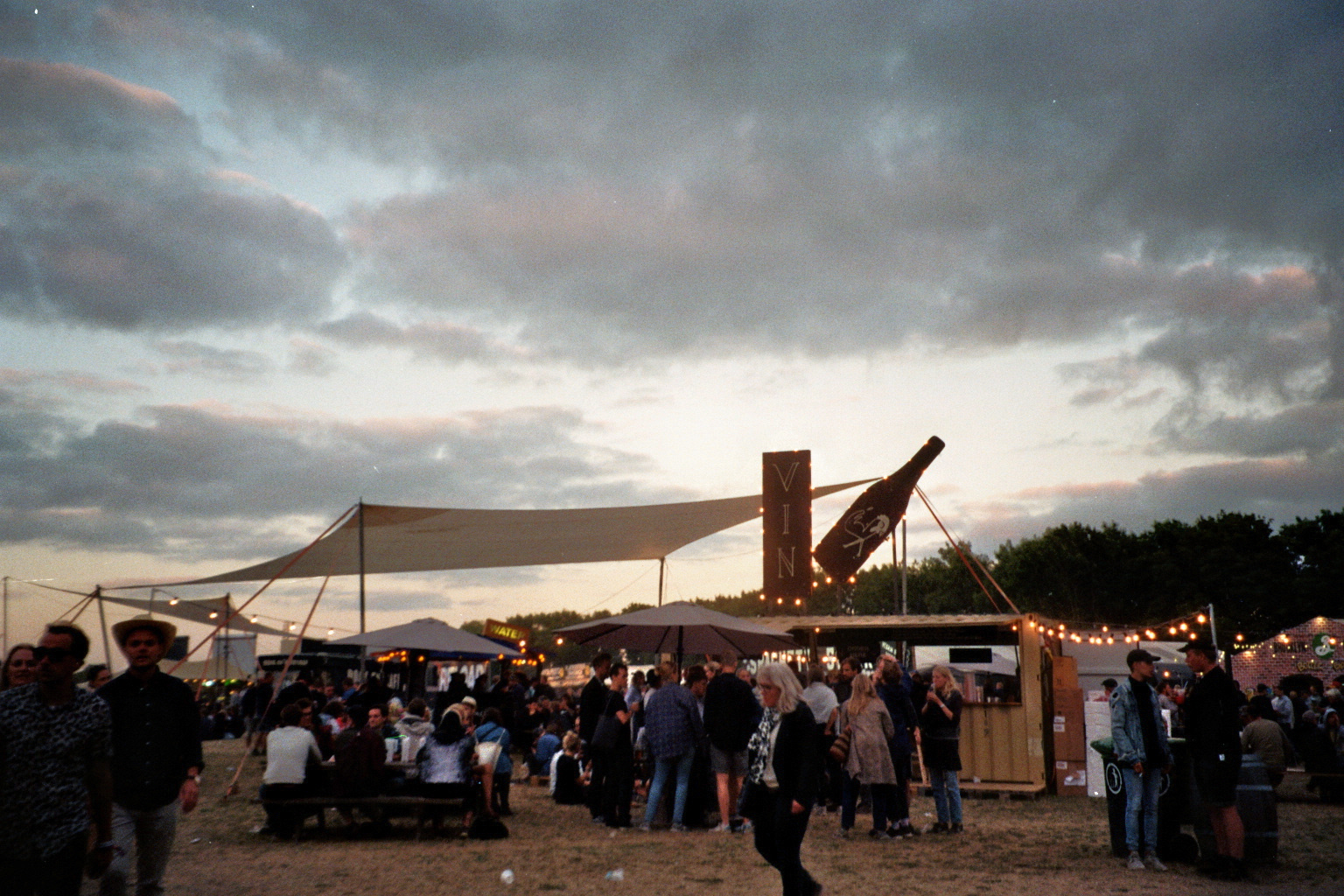 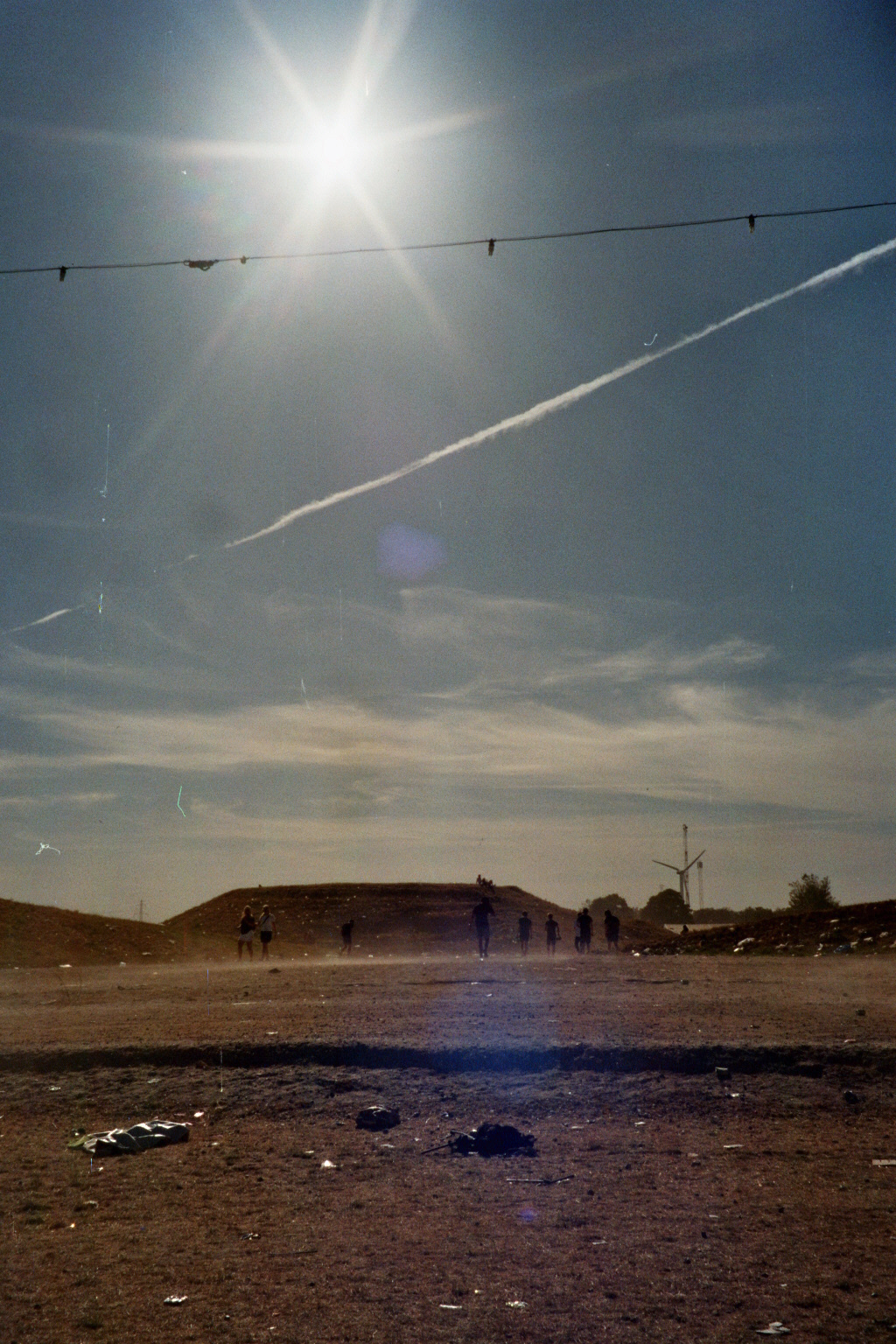 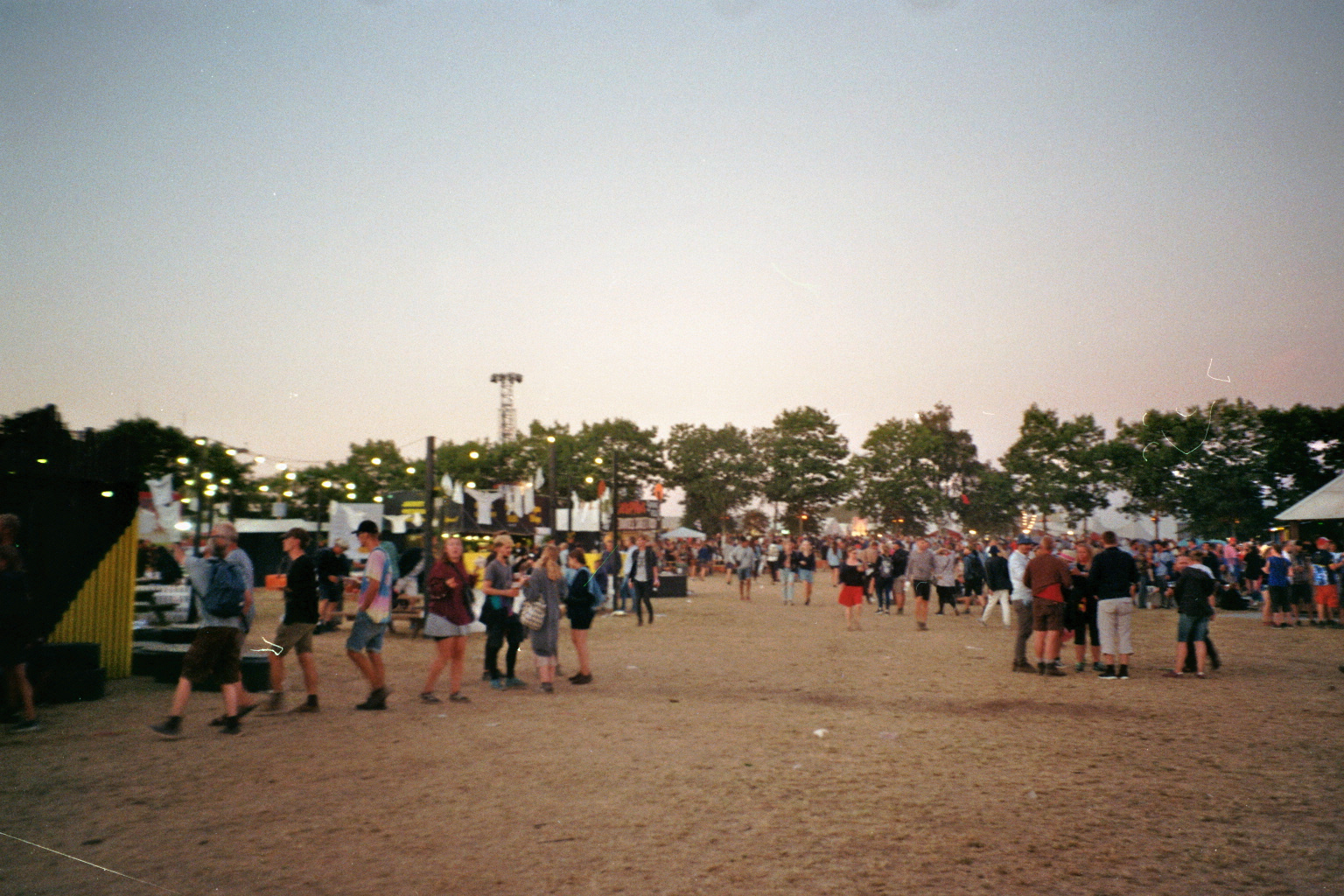 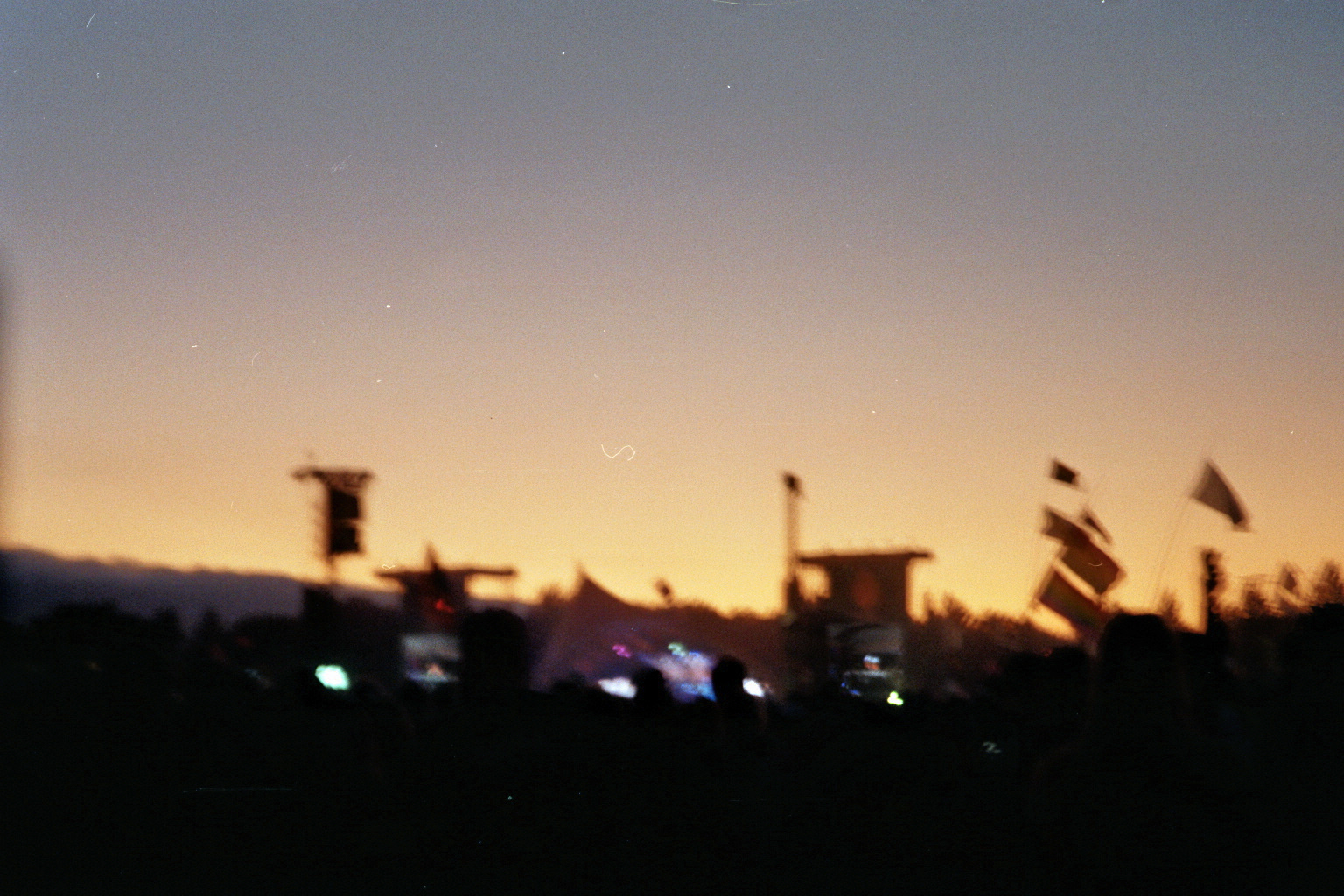 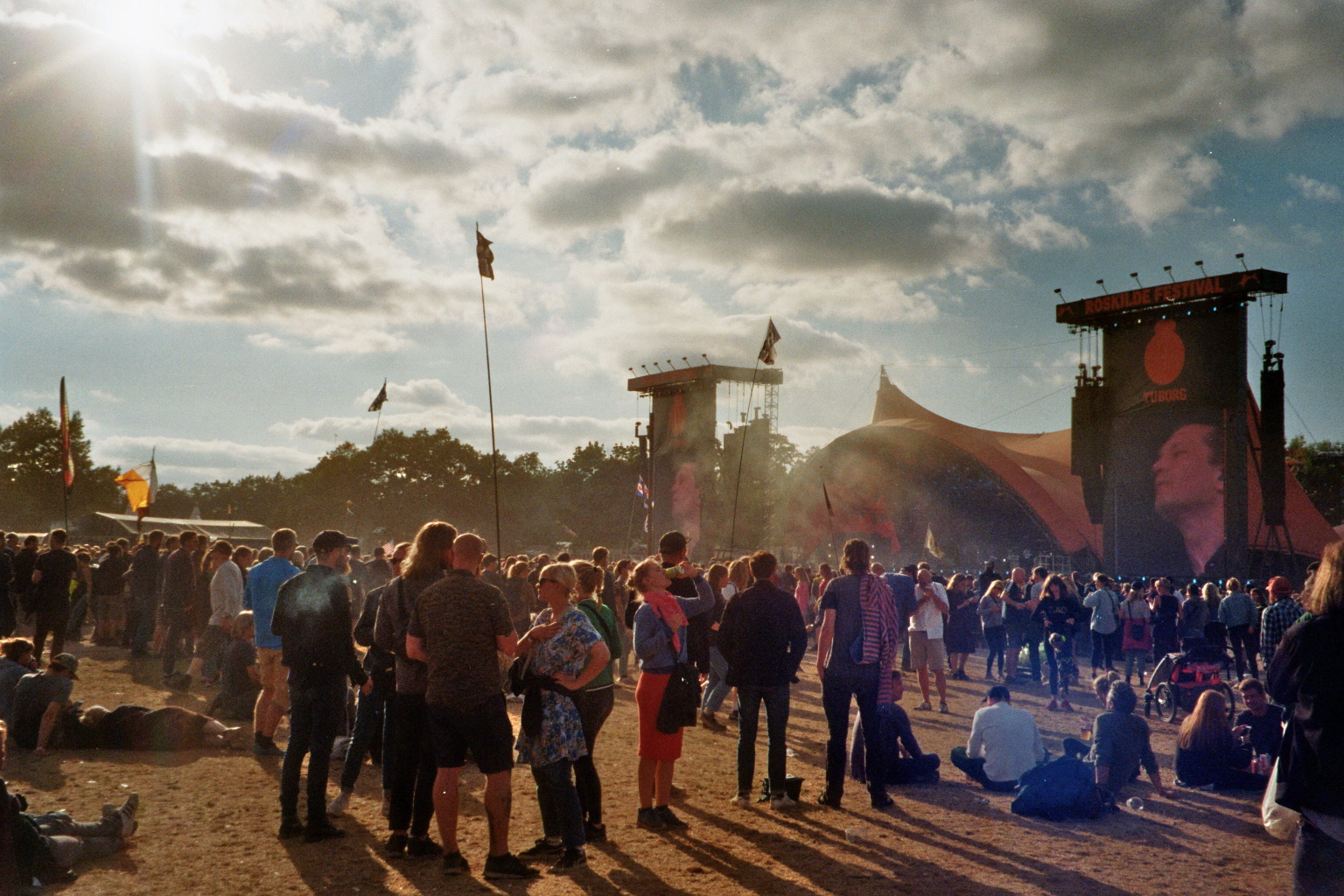 Our last day at Roskilde passed so quickly I still cannot fully believe it, even though we arrived at the festival area early to see Albert Hammond Jr. at 2.30pm playing Arena stage. Since we were really lucky with the weather compared to last year, we decided to use our spare time and skip some gigs to check out the Danish seaside for a bit, so we got into the car and spent some hours at the ocean. This is the beautiful thing about Denmark and this festival, you have everything you need just around the corner. At 7pm we returned to the festival to see Veto playing Arena stage.
While eating burgers for the second time (couldn’t resist), we checked out Mogwai at 9pm on Arena stage. Shortly after at 9.30pm, Vince Staples tore down Apollo stage during his performance.
The highlight and closing gig were the famous Gorillaz, playing Orange stage at 11pm and ending the four most lovely days ever in Roskilde, Denmark. Mange tak! 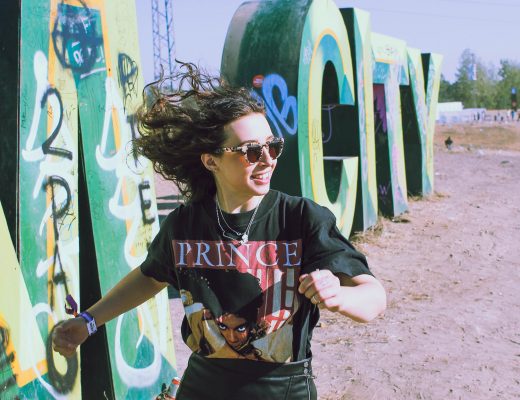 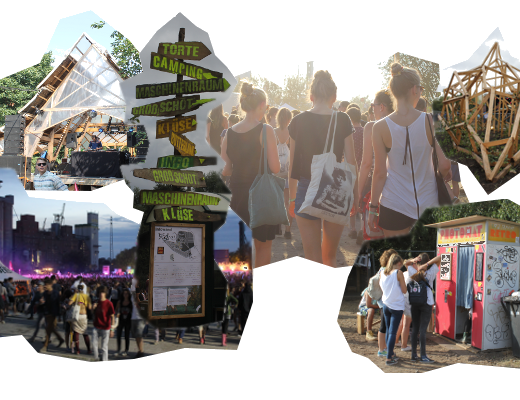 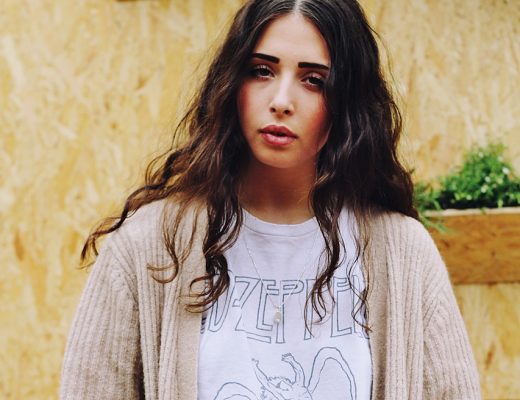