Rain, miserable as it was, refused too dampen the spirits of more than 130,000 festival goers, and thousands piled into the Orange stage to break bread with old timer Nas. At his best, New York rapper Nasir Bin Olu Dara Jones, aka Nas, was irreproachable on the Orange Stage. At his worst, he was illimatic – beyond it even, Nas showed the world what modern day hip-hop lacks, with a masterclass 1990s take on the genre. 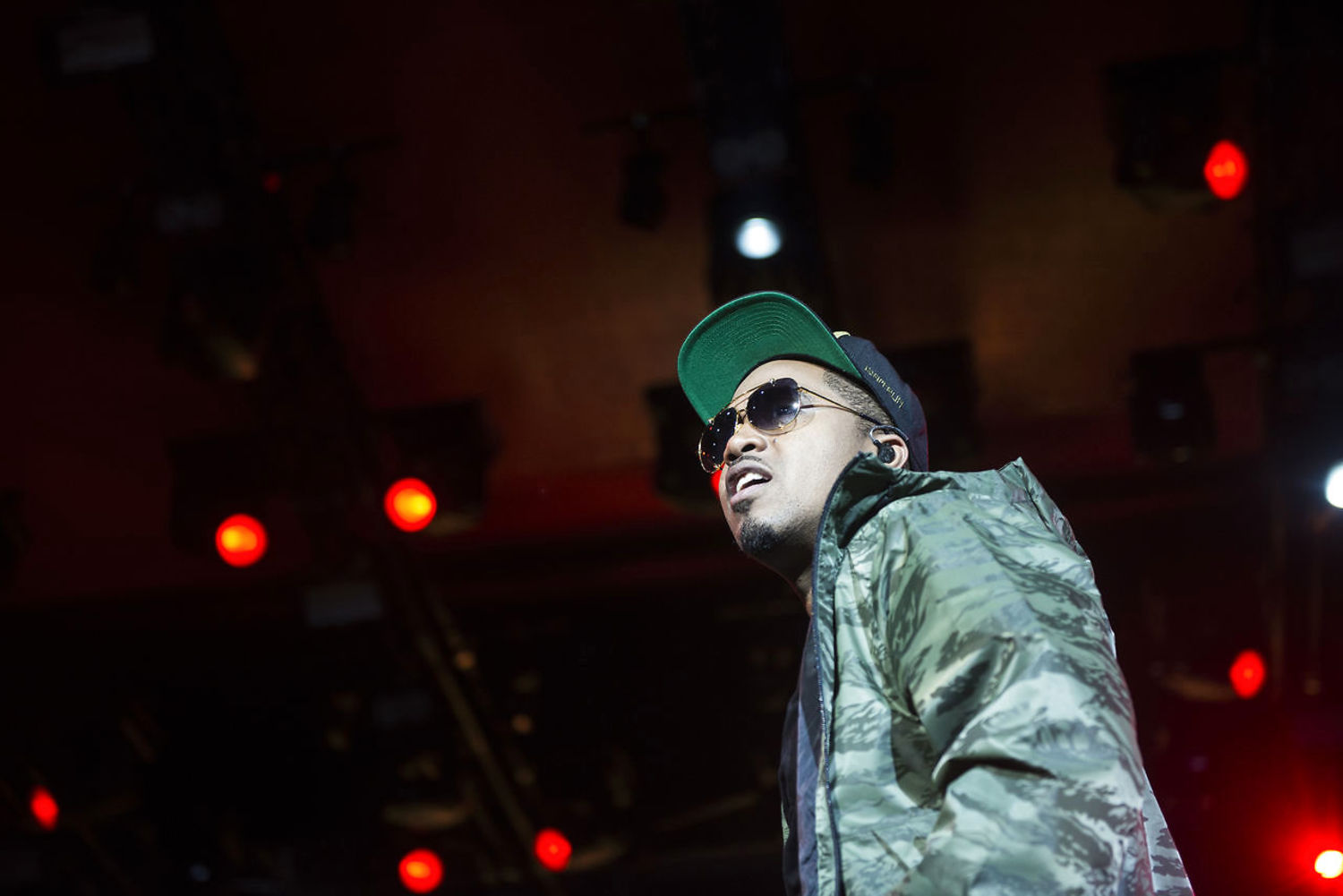 The XX were headlining many festivals this summer and are probably one of Britain’s hottest bands around right now. Theirs was a genuine, heartfelt performance, and full of style variations. While many feared a new album couldn’t beat the old classics, the band proofed that they still have lots of talent in writing and also performing music live.

“Solange skrev historie med sin koncert på Roskilde Festival”, writes the Danish newspaper. Solange Knowles attracted so many people with her gig that a second audience hall was promptly formed around the actual location: sidewalks were blocked, Roskilde’s junctions inaccessible. However, her music calmed down annoyed squeezing and pushing around. And at the latest, when Solange left the stage to comfort a girl moved to tears in the front row, the hearts of the audience were completely with her. 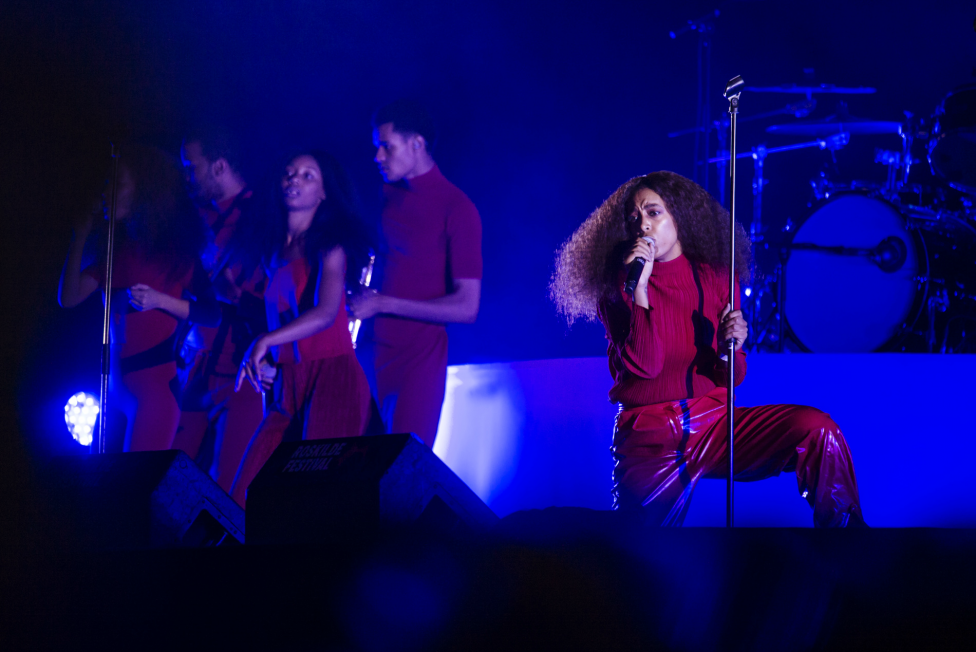 Future Islands are masters of illusion, so their live business never becomes routine. With the rumbling, handsome, dancing Samuel T. Herring in front of them, the synth pop trio has developed a trick to captivate the audience that rarely fails. During their packed concert in the arena, the atmosphere of 2014 glanced up a little during the performance in the more intimate Avalon tent, which reflects the warm feelings of bands and Roskilde. Ran’ and’A Dream of You and Me’ immediately emphasized that the trio consists of geniuses – with Herrings grater voice and the strong physical presence – paired with synthesizers. 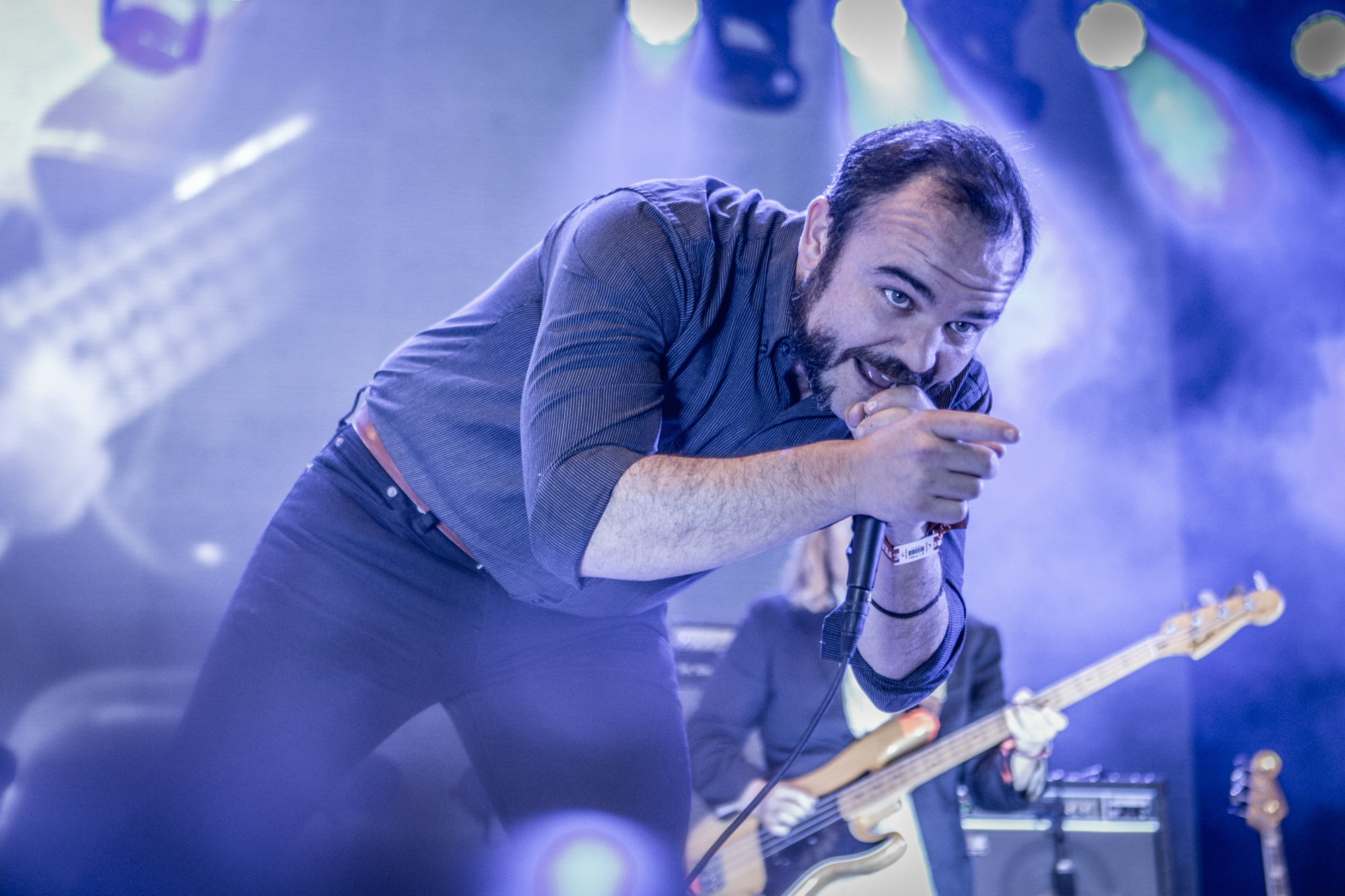 Because Father John Misty secured the support of the Copenhagen orchestra Tivoli Copenhagen Phil with his performance, he melted even the coldest heart in Roskilde. The orchestral sound merged with the multi-layered folk, for particularly touching moments like in a duet with the piano the folk father also took off his sunglasses. 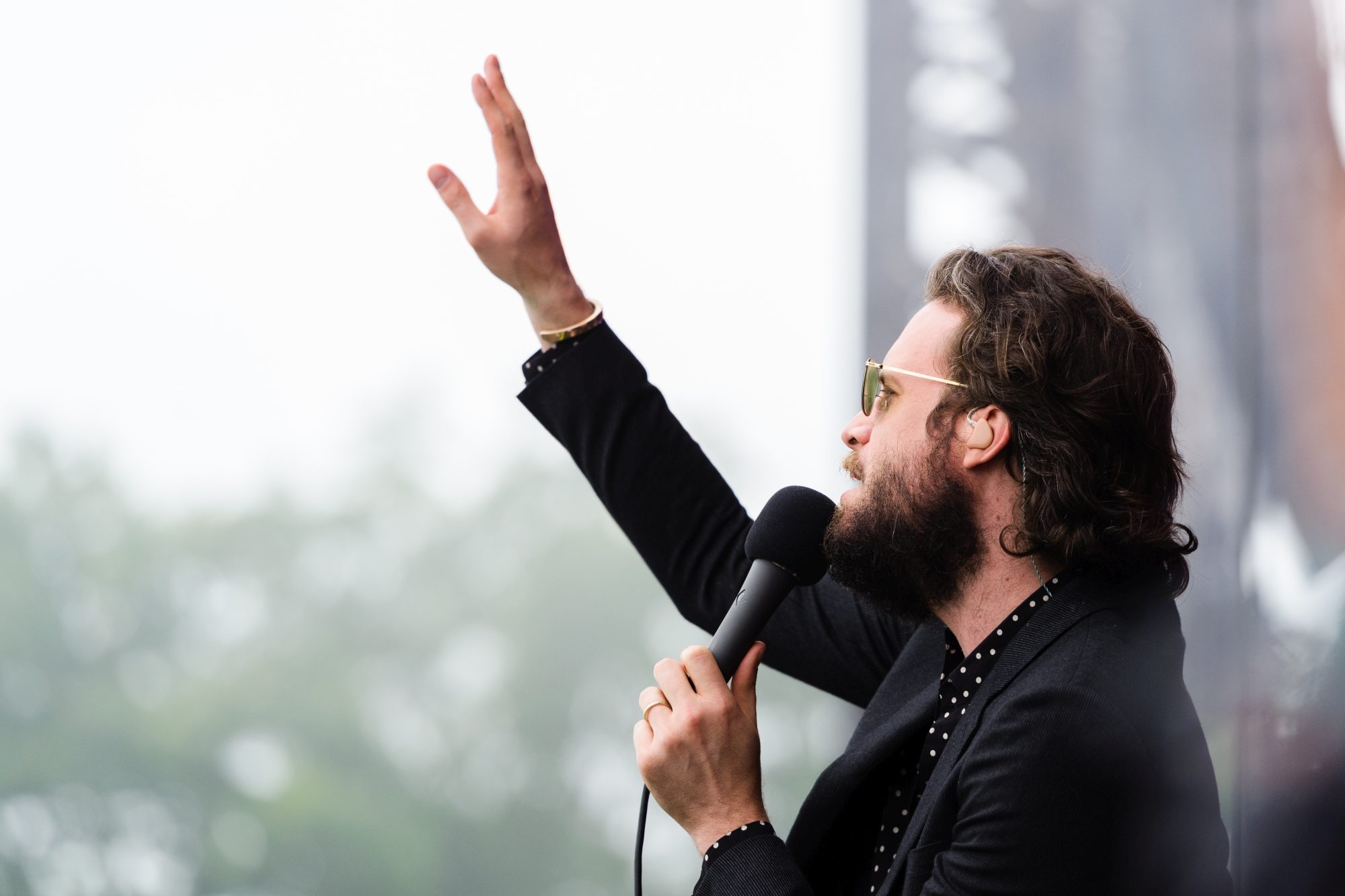 One of the many strong performances by women was that of New Zealander Lorde, who took the Arena stage at Roskilde by storm, debuting lots of tracks from her new album Melodrama as well as the classic “Royals” from her 2013 album Pure Heroine. Lorde presented it with a lot of verve and enormous stage presence: great pop with depth. “Mobilize your last dance energy”, she finally demanded when she announced her hit “Green Light”. And thousands moved to the captivating beat. 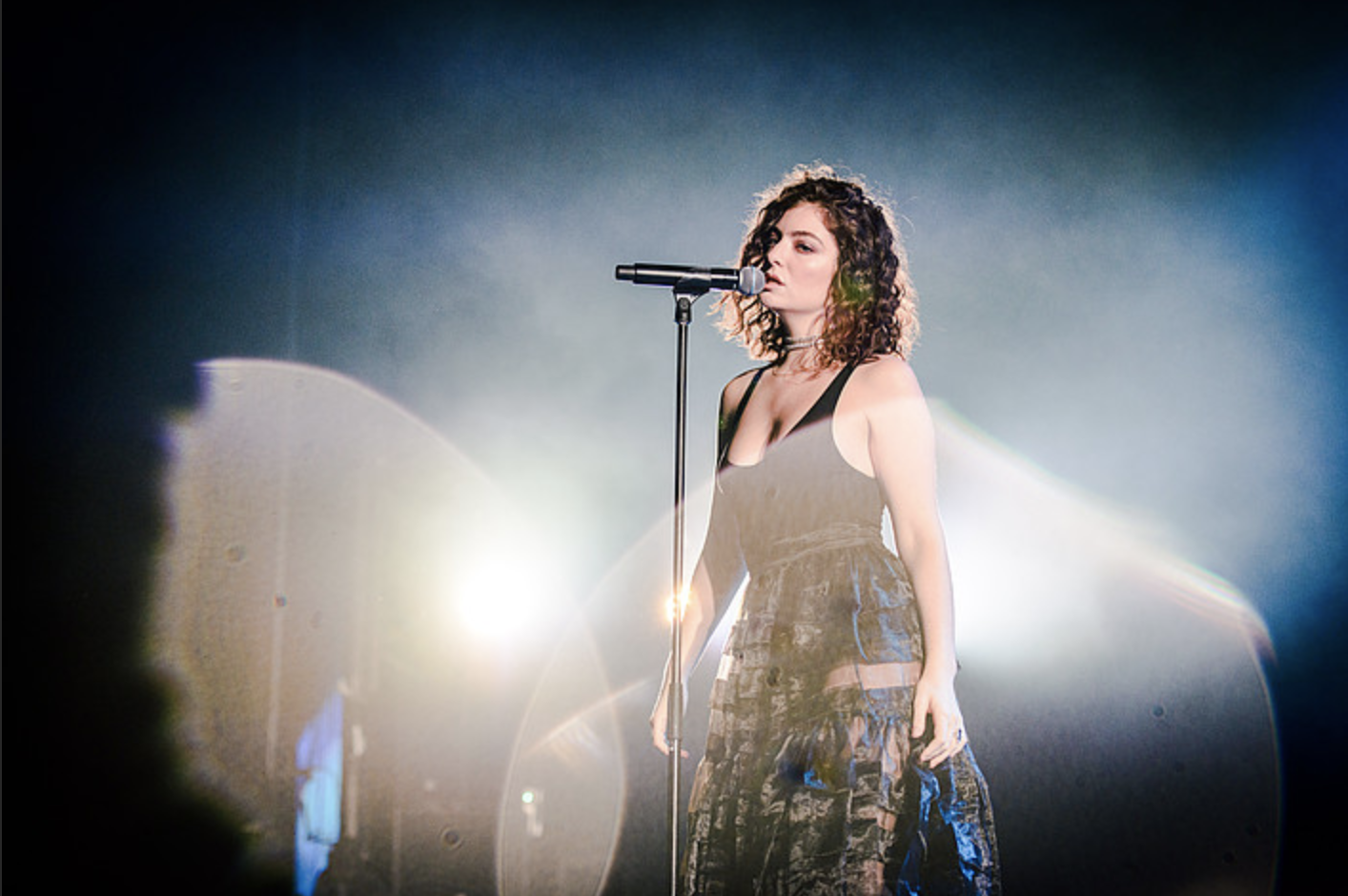 For the first time ever, Moderat and Modeselektor joined forces and united at Roskilde 2017. Clearly, this was a must-see for me. And like always, they were showcasing the best of Berlin with the sensibilities of Moderat and the irresistible, dance-friendly Modeselektor hits. This performance was goodness for your heart and soul, with comforting basses and a chic lightshow. 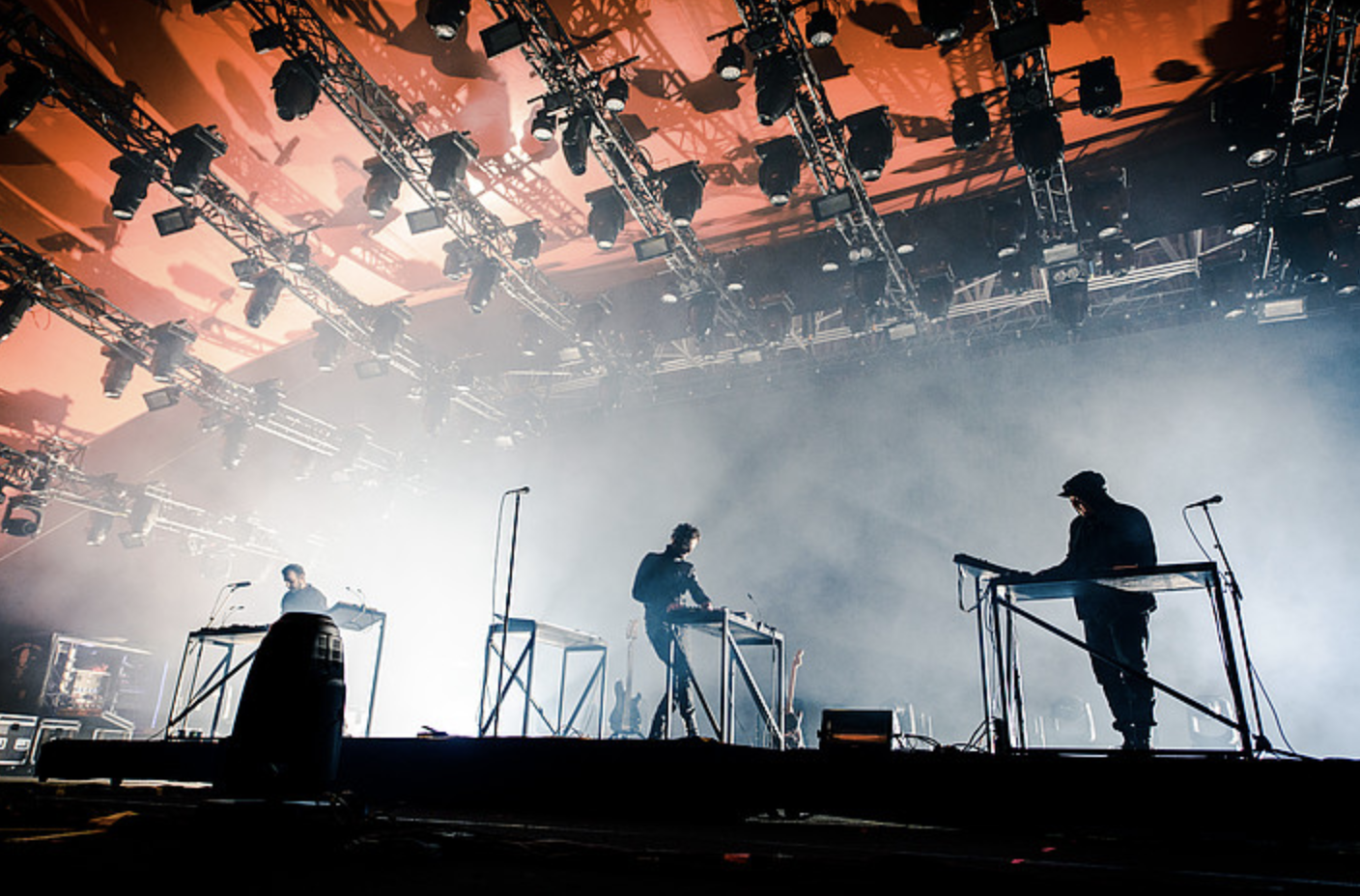 Ice Cube is Roskilde’s big happy ending: As soon as the gangsta rap-person is on stage the sky suddenly turns bright blue, even if there was rain before. Nostalgia is also served here, in which Ice Cube first celebrates its N.W.A. past and blasts “Straight Outta Compton” and “Fuck Tha Police” around the ears of the people. “No Vaseline”, this legendary and controversial track that Ice knocked out after breaking with N.W.A., is also not to be missed in the set. 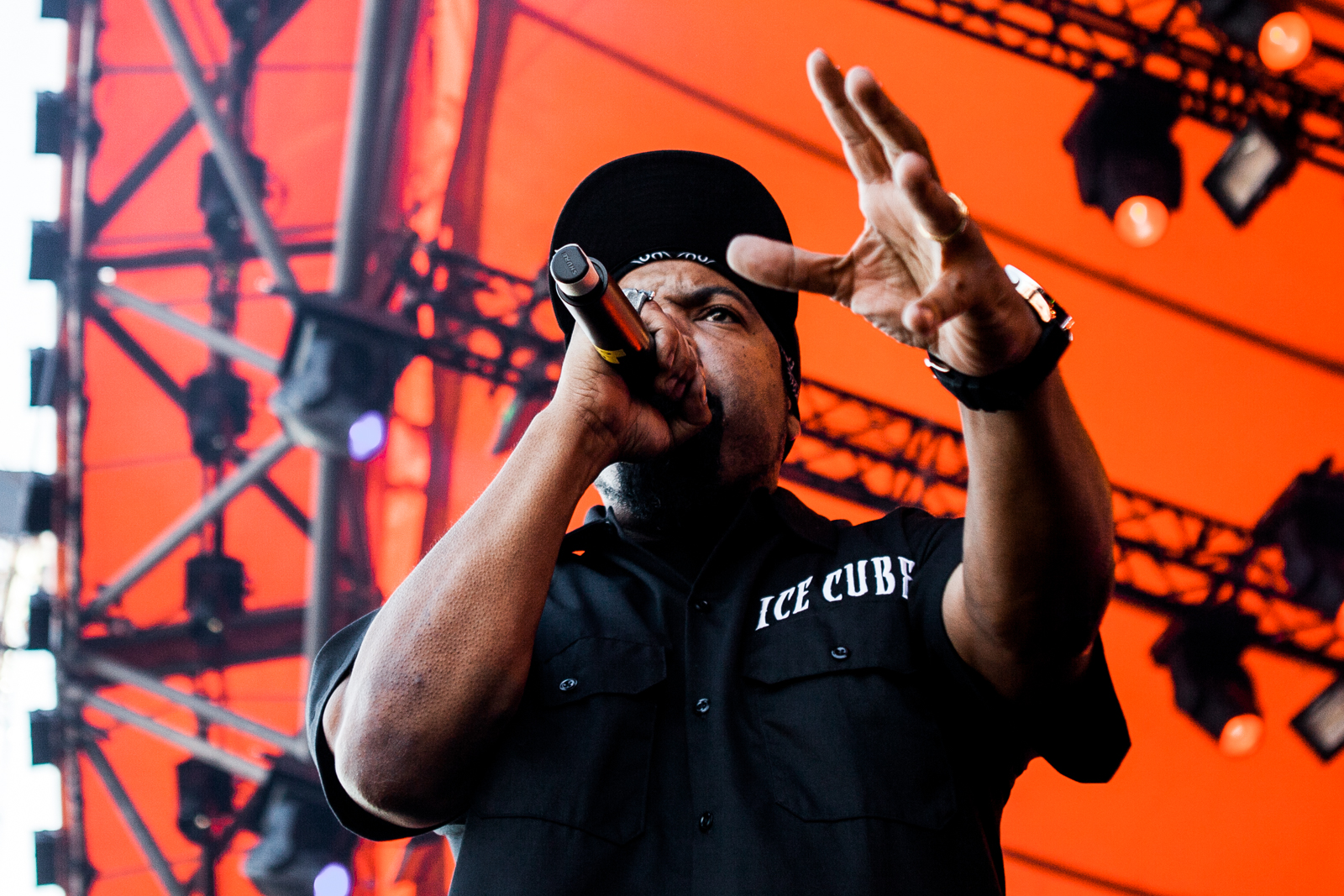 We saw Arcade Fire in the most beautiful evening light at the Orange stage, and they totally worked it. They played their way through a best-of of their work, into which they weaved a few new songs from their new album “Everything Now”. Especially the already released title track is a real joy live. While their last festival appearances were overloaded with show effects, Arcade Fire now put their infectious euphoria back at the center of the show. Here you have the feeling with every band member with every piece, that they have just the time of their life and burst with happiness. 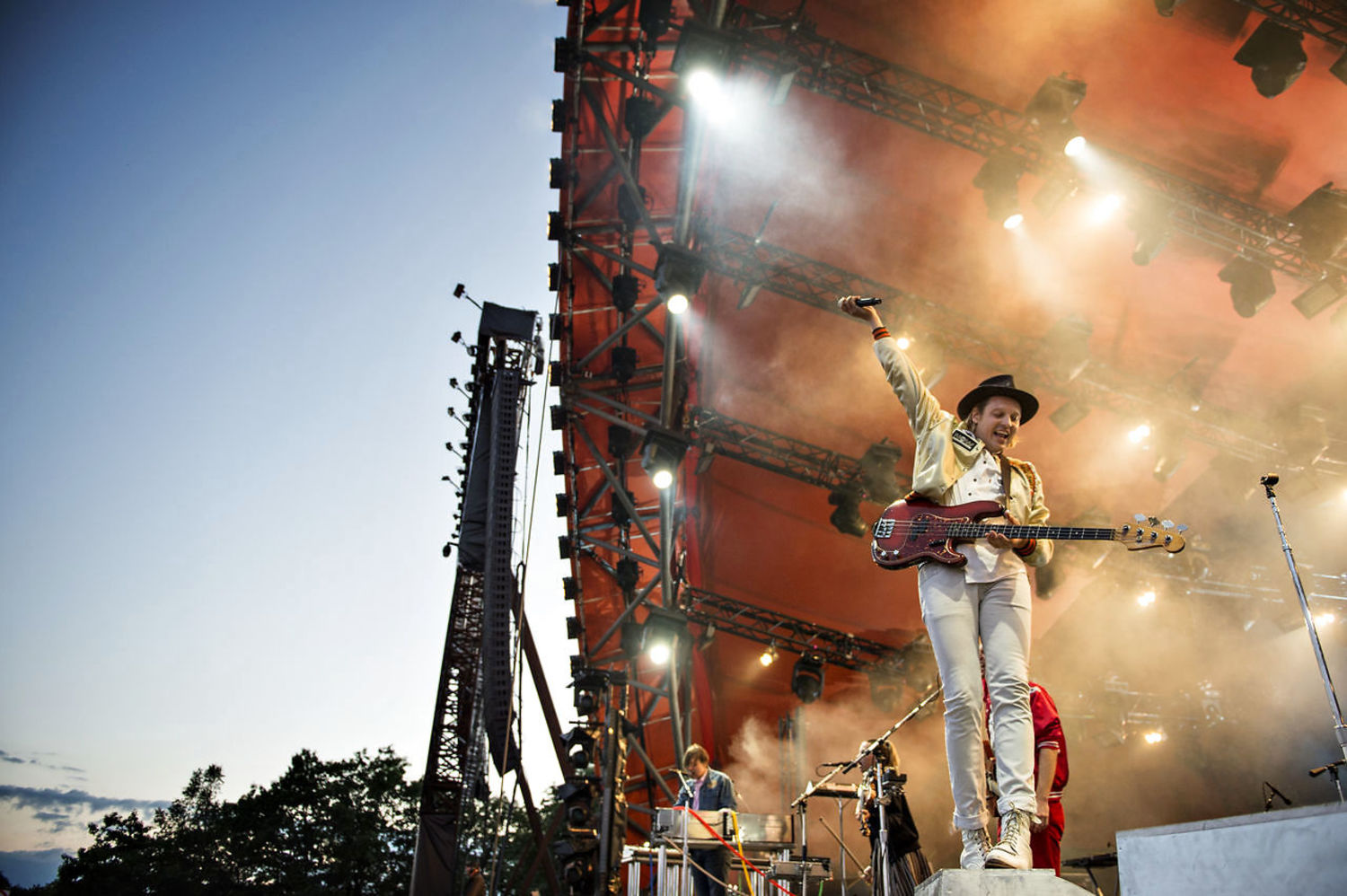 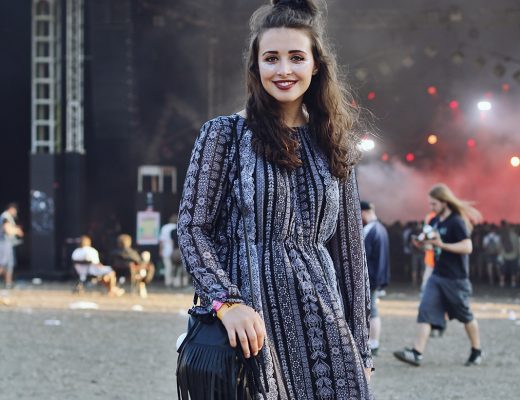 Turn on the bright lights • Outfit No3 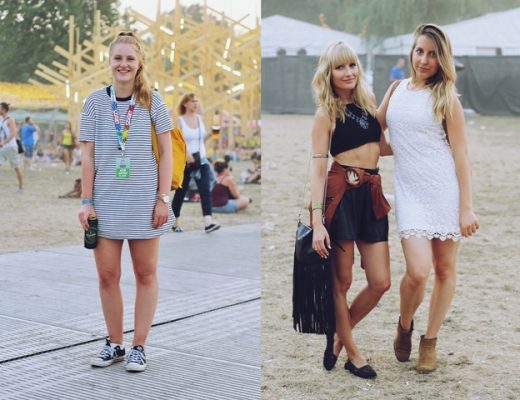 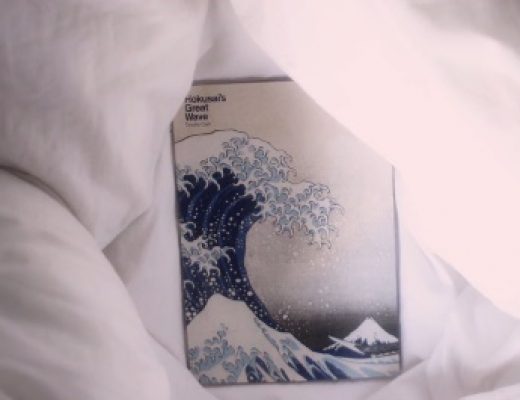